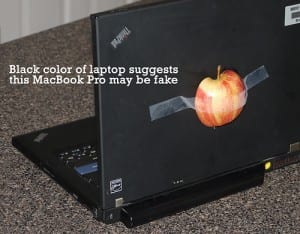 If any company knows how to handle hackers, it’s Apple, the latest victim of a network breach, as confirmed by ABC News this afternoon.

Similar to how Facebook was attacked last month, a small number of employee computers were attacked.  No sensitive data left the network.

“Apple has identified malware which infected a limited number of Mac systems through vulnerability in the Java plug-in for browsers,” Apple said in a statement. “The malware was employed in an attack against Apple and other companies, and was spread through a website for software developers.”

No data was stolen, according to a report by ABC News.  Much like the Facebook case last month, hackers were only able to access a small number of Apple employee’s computers.  Apple isolated them from its network.

Both attacks used the same vulnerability in Java, the software used to show much content on the internet, according to ABC News.  The Department of Homeland Security released a warning last month to computer users to disable the software in their browsers.

“To protect Mac users who have installed Java, today we are releasing an updated Java malware removal tool that will check Mac systems and remove this malware if found,” Apple said today.

Apple computers do not come with Java installed.  If an Apple user does not activate the software within 35 days, Apple’s operating system will disable the software.

Facebook also reported Friday that it was “targeted in a sophisticated attack,” according to ABC News.  Facebook said that there was no evidence that user information was stolen, as if our Facebook data isn’t free for the whole world to steal anyways!

With so many security breaches over the past few months, be sure to stay safe on the vast swaths of the internet, people.  Keep your software up to date, including your operating systems, programs and virus software.  And pay attention to technology news, so that you remain aware of any future security breaches.