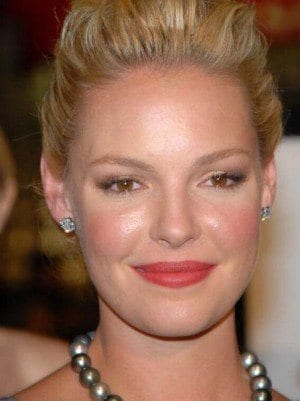 Heigl has finally brought one of Janet Evanovich’s famous character to life.

Mystery author Janet Evanovich has been searching for the right actress to play one of her most famous characters for years, and after seeing “27 Dresses,” she knew that Katherine Heigl was the one.

Evanovich told Heigl in an interview, “I just knew it. From that instant, you were Stephanie Plum to me.”

Heigl is set to play Stephanie Plum in the first novel in the series “One for the Money.”
Seventeen years after its debut, Plum will finally have a face and Evanovich couldn’t be more pleased.

Evanovich said,” I don’t know why it took so long, but as far as I’m concerned, the search is over.”

Despite her excitement about the Heigl casting, the author actually had no say in production matters, because she sold the rights to the novel before it was published in 1994.

Fans were slightly disappointed with the casting, due to the character being a brunette and Heigl being a notorious blonde, Heigl wore a wig for the part.

Also cast: Jason O’Mara of “Life on Mars,” The View’s Sherri Shepherd and Debbie Reynolds. The movie is set to be in theaters January 27,2012