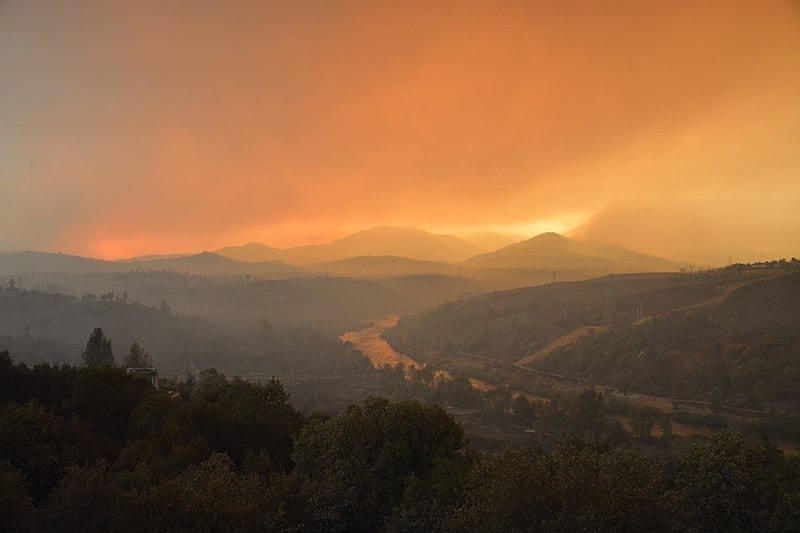 The Carr Fire, one of many wildfires across the state of California, has been burning for over a week and is now considered one of the top 10 most destructive wildfires in California’s history.

The fire, which is mainly based in Redding, California, was ignited by the mechanical failure of a vehicle. Over 100,000 acres have been burned and 3,300 fire fighters, 17 helicopters and 334 fire engines are attempting to reduce the flames. The fire is now 23 percent contained, which has increased from 5 percent, but authorities are unsure when it will be fully contained.

Since July 23, the fire has killed six people. Melody Bledsoe, a 70-year-old woman, and her two great-grandchildren, Emily and James, were not able to escape their home in Sacramento and died in the fire. Ed Bledsoe, Melody’s husband, said that their family did not get an evacuation warning so they were unaware of the severity of the fire. He tried to return to save his family but the roads were blocked with cars.

Fire inspector Jeremy Stoke and Don Ray Smith, a private bulldozer operator, died on Thursday while fighting the fire, and several fire fighters have since been injured.

Shasta County, Redding, and Trinity County are under mandatory evacuation, and it has been estimated that 38,000 evacuees have now been displaced. 818 homes have been destroyed in the fire and over 5,000 structures have been threatened. Redding Police Chief, Roger Moore, has said, “This fire is scary to us. This is something we haven’t seen before in the city.”

Ken Pimlott, CalFire chief, described what he saw as “fire whirls—literally what can be described as a tornado”. Many fire fighters have been calling these “firenados”.

The Carr Fire has created its own weather system, producing pyrocumulus clouds, caused by evaporating moisture from trees. The strong winds caused by this make it harder for experts to predict where the fire will spread, and the lightning created by these clouds could create new fires. However, it could also produce rain that could reduce the fire.

Meteorologists have predicted high temperatures, strong winds, and no rain, causing a heat wave in California that would exacerbate the current situation.

There are many other disastrous fires spreading across California, including the Ferguson fire that has caused Yosemite National Park to close its southern section. Yosemite is set to reopen on August 3.

President Donald Trump declared a state of emergency on Saturday in California and has approved federal aid due to the large number of wildfires across the state.