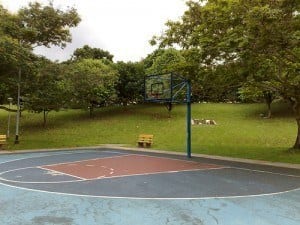 Much goes unresolved for the ex-couple

You are in a relationship with a wonderful man and are happily engaged. But just a few months from the wedding he tells you to come over and explains that he just can’t do it anymore and breaks off the engagement with no further explanation.

Then to top it off, four long years later he finally calls you over the phone and tells you that he’s gay.

You can imagine Carolyn Moos’ shock when this is exactly what happened to her. The six-foot-five former pro basketball player was blindsided with what her ex-fiance Jason Collins said to her that fateful day when he told her the full truth.

But the sad part is that she still feels hurt by him, even after being apart for so long.

Moos told the story of her relationship with Collins to Cosmopolitan. She first met Collins while going for a run on Standford’s campus and was immediately taken by his handsome appearance and abnormally tall height.

“I had just gone out for a jog when I ran smack into Jason and Jarron—two towering, stunning guys. I stopped and introduced myself, thrilled to meet people who were actually taller than I am,” Moos said. “I was attracted to Jason but shy. We had a brief chat, and I kept running. I called my mom that night and said, ‘I think I’m going to be at home at Stanford—I feel normal, like I fit in.’”

The ex-couple didn’t date while in college, but after a fateful meet-up in Denver during one of Collins’ basketball games. They agreed to meet up afterward and they shared an intimate moment while reconnecting.

“There he was, playing with the New Jersey Nets. We agreed to meet up after the game. When we did, we looked at each other and almost simultaneously asked why we hadn’t dated in college,” she shared. “I felt incredibly attracted to him. I always had been— I’d just been too shy and focused on my goals to show it.”

Little did she know that her attraction to the basketball star would cause her so much pain. After being romantically pursued by Collins with roses, deep talks and—what she thought was—a special connection and understanding between them, he finally proposed. He made the daring decision while the two of them were on vacation in Mexico in 2008.

“Some seven years after we had begun our relationship, he finally said the words I had waited so long to hear. … Over dinner on our last night, he started out slowly, saying, ‘I’ve been thinking about my life, what I want.’ I felt like finishing the sentence for him. Then he said, ‘I wanted to ask if you would marry me,’” she said.
“I remember feeling overwhelmed with joy and also thinking: finally.”

But one year after the engagement, Moos’ worst nightmare came true: Collins broke it off—and with no explanation. While Moos continued living her life and kept a strong face on, she admitted that it deeply hurt her.

“In the years that followed, I dated other men, I built up my business, I had a full life,” she said. “But when it came to Jason, deep sadness and confusion remained.”

“He left a message on a Sunday, saying, ‘I have something important to talk about—please call me back.’ I was working and called the next morning. He uttered an eerily familiar phrase: ‘You may want to sit down.’ Then he said, ‘Carolyn, I’m gay.’ I was stunned,” Moos said. “I managed to say, after a silent moment and then a deep breath, ‘I had no idea. I’m sure a huge weight is off your shoulders.’ During all the years I had known him, I never would have guessed that he would come out as gay. We talked again briefly that night. He answered a few questions, but there was much left to discuss and he said he had to go.”

Sadly, within her situation with her ex-fiance, much still goes unsolved.

“As I tell this story, it has been several weeks since he told me his news and he has made no further time to talk, despite saying he would do so. I am sad that the media seems to be a higher priority,” Moos said.

Looking back now, she feels much more confident in the way that things have played out. She continues to date and sees a bright future ahead of her, despite this setback.

“I understand now that you can never truly know what’s going on in the mind of another person, no matter how well you think you know them,” she said.

“But you do know yourself. Be your own cheerleader. Trust in yourself.”