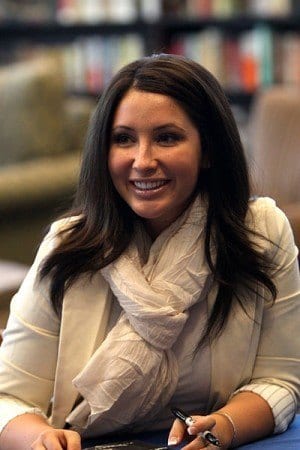 Bristol Palin will soon star in her own reality show entitled Bristol Palin: Life’s a Tripp. The Lifetime series will follow the daughter of Sarah Palin in her day-to-day life.

The show will also feature her 3-year-old son Tripp, thus the title of the show. The series promises to present Bristol Palin as a good mother. Bristol recently appeared on ABC’s Dancing with the Stars.

However, Bristol isn’t worried about how she will come off to viewers. In an interview on Good Morning America she stated:

“I think I have tough skin and I know that God is on my side and my faith is everything to me. It’s just the root of my life and my family’s life and I think it will do well,” Bristol Palin stated. “And when people are talking poorly about me, I think it just gives me more motivation to want to do more and want to speak up even louder and they’re just not doing themselves well by doing that.

In a clip from Bristol Palin: Life’s a Tripp, that has been circulating on YouTube, a man tells Bristol Palin her mom is a “whore.” Bristol eloquently responds that the man “homosexual.”

“I chose to confront him and see what the real problem was,” Bristol said on Good Morning America. “I’m excited for viewers to see the real me in that, because I’m sitting there all tough and shaking and I’m acting tough. And instantly when it’s over, it’s like, ‘OK, there’s the real Bristol,’ because I am calling my boyfriend, I’m calling my mom. ‘Ah, get me out of here.’ People are going to see the real Bristol in this show.”

Have a look below at Bristol standing her own to the heckler.