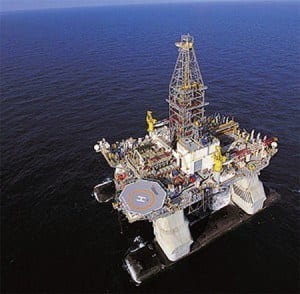 Giant oil company BP has sold some of its assets in the Gulf of Mexico in order to concentrate investments elsewhere.

BP announced Monday that the company sold some of its deep-water assets in the Gulf of Mexico to Plains Exploration & Production for $5.55 billion. The company sold its stakes in a group of Gulf of Mexico oil fields, bringing its total asset sales to $32 billion since their extensive oil spill two years ago.

This is simply the next step BP is taking in its plan to dispose of $38 billion in assets between 2010 and 2013 in order to concentrate investments elsewhere. The company will look for growth opportunities around its four major operated production hubs, three non-operated production hubs in the deep-water and in exploration in the Paleogene and other areas. This is a big transfer of assets, but BP says they will continue to have a presence in the gulf and plan to invest billions into the region over the next ten years.

“While these assets no longer fit our business strategy, the Gulf of Mexico remains a key part of BP’s global exploration and production portfolio and we intend to continue investing at least $4 billion there annually over the next decade,” said BP Bob Dudley.

The sold operations include three fields connected to the Marlin platform, interests in four other fields and exploration prospects. Combined, the fields produced 59,500 barrels a day of oil and natural gas liquids, according to the Washington Post.

Analysts have commended the sale as it opens up new opportunities for BP as well as allows the company to continue paying for settlements resulting from the 2010 oil spill that began with a blowout and killed 11 people. The spill was said to be a product of carelessness and deemed the worst maritime oil spill in history.

It’s obvious, though, that the giant oil tycoon won’t shrink away after the tragic disaster. BP now has six drilling rigs in the Gulf of Mexico and plans to have eight, the most the company has ever had in that region, by the end of the year.