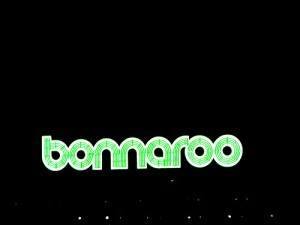 Since 2002, Bonnaroo, the annual four-day summer music festival, has been held in Manchester, Tennessee and brought some of music’s biggest acts in a variety of genres. Bonnaroo originally brought out mostly folk rock and jam band acts, but in recent years, it has broadened its horizons to include indie rock, hip hop, jazz, country, gospel, reggae and electronica.

Bonnaroo is held in Great Stage Park and will be June 13-16 this year. Headliners include Paul McCartney, Mumford and Sons, Tom Petty and the Heartbreakers, Bjork, Wilco and Pretty Lights.

In an interview with Reuters, Bonnaroo spokesman Jeff Cuellar said that this year’s lineup is one of the strongest Bonnaroo has ever seen.

“Looking at the festival landscape out there … no other American festival has Mumford and Sons, Paul McCartney and Bjork all under one roof,” he said.

Bonnaroo suggests festival attendees stay hydrated and take care of friends at the festival, considering temperatures typically reach 90 degrees in the daytime and 70 degrees at night. The festival does have medical emergency services available, along with four-day camping included in the general admission ticket price.

A variety of art and activity displays and tents are available, as well. Bonnaroo’s unique Silent Disco will make a return. In addition to the headliners, over 100 other acts were announced and can be found on Bonnaroo’s website.

In past years, Bonnaroo has delivered some of its performances live on YouTube for fans who couldn’t make it to Tennessee and is expected to do the same this year.