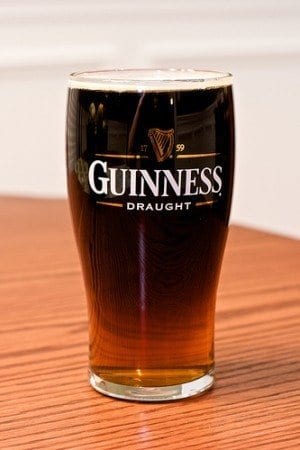 What is wrong with Black and Tan?

Sneaker super store Nike offended the Royal Irish Constabulary Reserve Force with the release of its latest shoe Black and Tan.  The shoe is set to release with the St. Patrick’s Day theme and hoped for a jovial and festive response. Not so much.

Black and Tan refers to the mixing of a stout and a lager. One Nike ad reads, “Tis the season for Irish beer and why not celebrate with Nike. The Black and Tan sneaker takes inspiration for the fine balancing act of a Stout (Guinness) on top a Pale Ale (Harp) in a pint glass.”

The drink will be especially popular come this weekend, but many don’t know how the drink actually got its name, besides that fact it does appear black and tan. The Royal Irish Constabulary was nicknamed Black and Tan in the 1920s. Black and Tan at the time was a pejorative word referring to the British and which received its nickname because many Irish despised them.

The original Black and Tans burned and sacked Irish cities, murdered many and even kidnapped and executed a priest.

Nike release on SBs official twitter page that they will release a Guinness featured shoe with a “British Tan” colorway. Nike issued a statement to Fox news “unofficially named by some using a phrase that can be viewed as inappropriate and insensitive.” It continued,
“We apologize. No offense was intended.”

Ben and Jerry’s Ice-cream is no stranger to this mistake. They named a flavor of their ice-cream Black and Tan and, like Nike, apologized for it.