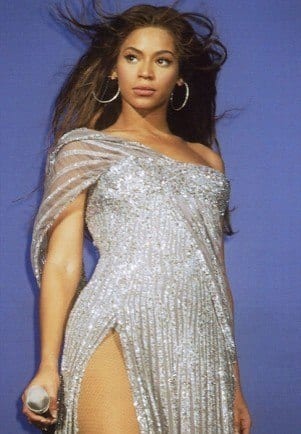 The biggest names in hip-hop, soul, R&B and rap came out for this year’s Awards.

Some of the most influential stars in the business, including Kanye West, Jay-Z, Beyonce and Nicki Minaj, were among the attendees.

However, one of the defining moments of the award show was a tribute paid by a mother of a deceased star.

During the Awards tribute to Whitney Houston, who passed away in 2011, Cissy Houston sang “Bridge Over Troubled Water,” leaving attendees like Soulja Boy and Beyonce in tears. Gary Houston, Whitney’s brother, Mariah Carey and Chaka Khan also performed in honor of Whitney Houston.

“I miss my friend,” Carey said during the Awards. “I miss hearing her voice and laughter.”

The show was marked by its guests dropping curse words and obscenities that failed to make the censoring cut, making their way to be aired at the Awards.

Nicki Minaj and Rick Ross were among the offenders at this year’s Awards. They were muted out, but much of their cursing did not make the censorship cut.

Many of the stars at the event performed. Kanye West’s music group, G.O.O.D., made up of Big Sean, Pusha T and 2 Chainz, performed their song “Mercy.”

Kanye West, who was nominated with seven Awards, and Jay-Z took the award for video of the year for “Otis,” as well as the award for best group.

Beyonce won video director of the year and best female R&B artist. She was up against her husband, Jay-Z, for video of the year.