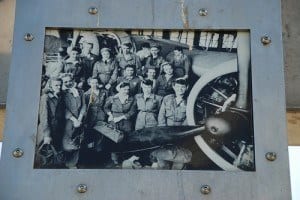 Rosie the Riveter is one of the most famous cultural icons in the United States. She was a representation of all the female factory workers, many of whom produced military supplies and munitions, during World War II.  Rosie became a feminist icon, proving that women were an important part of the workforce and contributed to far more than just household duties.

However, in what is undoubtedly one of the most unfortunate uses of the famous image, Swiffer is running a marketing campaign featuring a model dressed as Rosie the Riveter promoting that women use the Swiffer Bissell Steam Boost mop kit in their kitchens. Feminists everywhere are in an outrage, proclaiming the advertisements to be incredibly sexist. Many people took to Twitter to express their displeasure (because, as we all know, Twitter rants are totally an effective communication tool and often implement change) rather than contact Swiffer.

One commentator, Jason Weisberger, noted, “I love the clear tribute to an important historical image done in such a way as to piss on its legacy.”

Whether it was Swiffer’s intention or not (the company is noted for nearly all of its ads featuring women doing housework), despite the campaign being borderline offensive, it’s definitely capturing public attention, which, let’s face it, is the whole point of a marketing campaign. Their marketing team might be bad, but they are just a tiny bit brilliant as well.

Previous ArticleFrank Lautenberg, United States senator from New Jersey, dead at 89Next ArticleDisney parks hike up the prices over $90