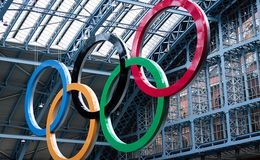 While the 2012 Summer Olympics have yet to take place, some cities are already gearing up for the 2020 Games.

Rome, Tokyo, Madrid, Istanbul, Baku, and Doha were the six cities that submitted applications Friday to the International Olympic Committee (IOC) to compete as host city in the 2020 Summer Olympics, USA Today reports. All of the candidates have previously bid for the Games, while Rome and Tokyo already served as hosts.

The IOC executive board will meet next May to decide if any cities should be cut from the list. This decision will eventually be followed by a visit to each location in 2013, The Kansas City Star reports.

Doha is proposing hosting the Games from late September to late October to avoid the sweltering heat the city experiences during the typical July-August Olympic dates. And, Tokyo would like the Games to symbolize Japan’s recovery from the earthquake and tsunami that left close to 23,000 people dead or missing earlier this year.

After missing the mark, along with Doha, for the 2016 finalists, Baku is considered the long shot for this bid. The capital of the oil-rich Azerbaijan is currently building a stadium on the outskirts of the city, and it is expected to be completed next year.

Following unsuccessful bid attempts from New York for the 2012 Games and Chicago for the 2016 Games, the U.S. decided against submitting applications.

To read more about the 2020 Summer Olympic bids, click here.