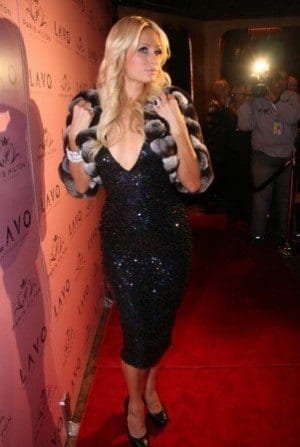 Aubrey O’Day appears to have fired herself from Donald Trump’s Celebrity Apprentice Sunday.

It’s not entirely clear what set Aubrey O’Day off and made her leave the boardroom, but Arsenio Hall’s comments to her earlier in the episode may have been one of the catalysts. Hall yelled, “I Googled her and a naked picture of her with a gut popped up!” at O’Day

“I don’t want to be around all the negativity anymore,” O’Day stated. “The environment is so ugly. I just don’t know if this is the right place for me.”

Fellow contestant Lisa  Lampanelli, Monday morning, tweeted, “Interesting editing by NBC Sun., don’t you think, @Aubrey ODay? The stuff they cut out of the boardroom was disgusting. Will all come out.”

The singer and former model also tweeted that she returns to the show, but viewers won’t really know until the next issue.

In the end, Dee Snider and Deborah Gibson were fired.