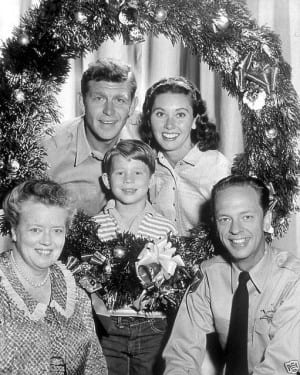 Television Legend’s cause of death

Andy Griffith sadly didn’t have a clean bill of health for a number of years, suffering from Hypertension, Hyperlipidemia and coronary artery disease.  In 1983, he was also diagnosed with Guillainn-Barre Syndrome, which is a disorder that occurs in the immune system, causing the body to attack parts of the nervous system. In 2000 he also underwent quadruple bypass surgery.

Andy Griffith was born in June 1, 1926 in Mount Airy, North Carolina to a very-much working-class family

Andy Griffith later went on to the lead role of Ben Matlock in the legal drama Matlock. Again, this program drew from Griffith’s southern roots. The show aired from 1986 to 1992 on NBC and then from 1992 to 1995 on ABC.

Lesser known about Griffith, be he was an accomplished Southern-gospel singer and writer, having won a Grammy for his work. He was also nominated for two Tony awards for his role in the 1957 film A Face in the Crowd.

All eight seasons of The Andy Griffith Show are available on Netflix.