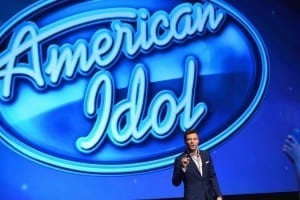 Kree Harrison, 22, and Candice Glover, 23, gave their final performances last night in Nokia Theater. Both sang their hearts out in order to win the most important prize for their lives.

Randy Jackson chose Glover as the winner of round one. Jackson, who announced last week that he’d be leaving “American Idol,” also disagreed with the song selection.

“I love you, Simon Fuller, but I would not have chosen those songs,” Jackson said.

The second round gave the finalists the opportunity to show what a single from them would be like. Glover showcased her powerhouse voice with a ballad titled “I Am Beautiful.”

Harrison was declared the winner of the round with her country song, “All Cried Out,” that was filled with emotion.

For the final round, the women chose to reprise a song they had sung in a previous round of the “American Idol” competition. Harrison went with “Up to the Mountain” from the Las Vegas Auditions. But it was Glover’s a capella opening to “I Who Have Nothing” that swept the round.

“American Idol” is known to be a launching pad for undiscovered singers. Even those who don’t win go on to bigger things than they would have without the show. Previous contestants such as Chris Daughtry and Kelli Pickler didn’t even make the finals, and both have loyal followings and top hits.

“American Idol”s 12th season may be over, but it’s far from the end of the road for Glover and Harrison. For one of them, tonight will be just the start of everything.