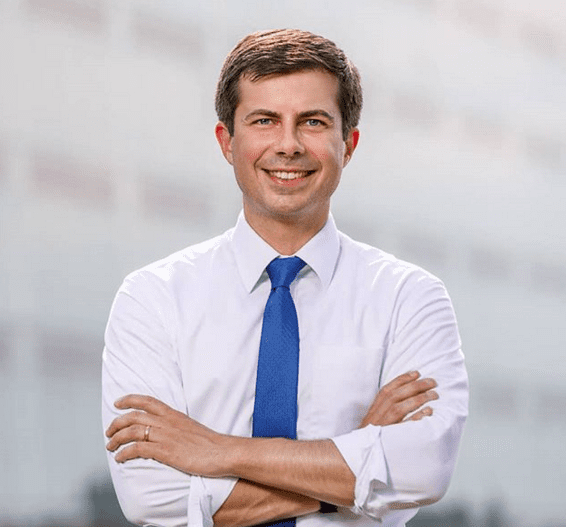 His entrance on CNN, before the town hall appearance, was marked by a 1 percent rating on polls in New Hampshire and Iowa and an awkward query from the CNN’s host about the pronunciation of his last name, ‘Buttigieg’. In response to host, Jake Tapper’s question of whether his name was pronounced ‘BOOT-edge-edge’, the Mayor of South Bend, Indiana, simply responded, “Back home, they just call me Mayor Pete.”

He continued, “His interpretation of scripture is pretty different than mine to begin with. My understanding of scripture is that it’s about protecting the stranger and the prisoner and the poor person and that idea. That’s what I get in the gospel when I’m at church and his has a lot more to do with sexuality.”

In addition to being Mayor of South Bend, Pete Buttigieg is a war veteran having served as a lieutenant in the U.S. Navy Reserve and was deployed in Afghanistan, for which he took seven months of unpaid leave from his Mayor position. His persistent efforts in counterterrorism have awarded him the Joint Service Commendation Medal. The medal is not the only praise Buttigieg has received; following the election of Donald Trump, President Obama featured Pete as one of the ‘gifted Democratic politicians’ he envisioned rising up through the party.

Too Young to Be President?

Not only would Buttigieg be the youngest president at age 39 years old, he would additionally be making history as America’s first gay president. After the land mark victory of the Obergefell Vs Hodges case authorising same-sex couples the right to marry, he informed a local newspaper in an inspiring opinion editorial, ‘I was well into adulthood before I was prepared to acknowledge the simple fact that I am gay. It took years of struggle and growth for me to recognize that it’s just a fact of life, like having brown hair, and part of who I am.” His move to make the announcement was even more inspiring, as it was while he was pursuing his second term as mayor.

As promising as Pete Buttigieg sounds, there will always be some inevitable uncertainty about every candidate. A few have questioned, whether Buttigieg is too young for the post, especially having not held other senior senator or a governor posts where more political experience is required.

Regardless, perhaps Pete Buttigieg is the much needed, millennial intervention we are in need of to shape and transform our current legalizations.

Trump’s America: The Story So Far