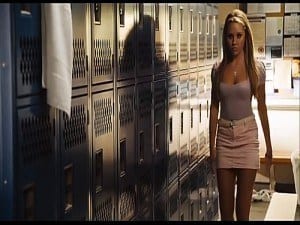 Amanda Bynes tweets “I want @drake to murder my vagina”

Amanda Bynes wants Drake to kill her genitals. She didn’t specify how, but I’m thinking somewhere along the lines of a chainsaw and a blowtorch. The Disney starlet turned Nicki Minaj Barbie tweeted, and I quote, “I want @drake to murder my vagina.” Why on earth she wants to hire a hit man to go in her pants and slay her reproductive organ is beyond many of us.

A week ago Amanda Bynes tweeted photos of Drake with some friends and the caption: “@drake is a hot fellow :D.” So maybe she’s serious about her attraction to the “take care” artist. Perhaps she’s also hoping to get a shout out from the Young Money team; rapper Lil’ Wayne gave a shout out to former child star Miley Cyrus in their “Every Girl” song saying, “In about three years, holla at me Miley Cyrus.”

Amanda Bynes seems to be very needy of attention lately as she’s been switching up her style and posting “edgy” photos of herself with big wigs, pounds of makeup and new cheek piercings. The Disney princess also tweeted about love, hinting at a recent breakup.

Amanda Bynes using the word “murder” is probably more shocking than “vagina”. Then again, wanting Drake, a polite rapper, to take part in the execution of her baby tunnel is the bigger concern. The rapper has not yet responded, probably because he is only interested in the real Nicki Minaj. Drake has express adornment for his fellow Young Money artist on numerous occasions, but Nicki Minaj says she see’s him as her kid brother.

Media sources, which have been following Amanda Bynes, are eating popcorn in their cubicles while reading Amanda Bynes’ twitter feed, which shows how desperate the fallen star is for attention. Sources close to the Nickelodeon star say she’s unfazed by the recent DUI charge and hit-and-run allegations because she’s more concerned with the publicity she’s received from it.

Rumor has it; Amanda Bynes’ twitter obsession was the reason for her 2010 breakup with rapper Kid Cudi. If she’s lucky, Twitter will lead her to @drake’s bed and get her slayed.