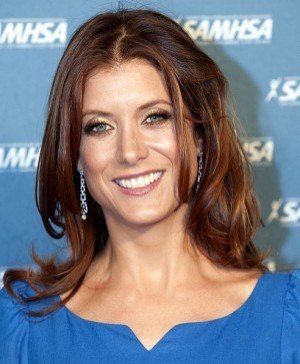 Kate bares it all on the cover, talks about men, confidence, and life at 44

Kate Walsh stripped down for the March 2012 cover of Shape magazine.

Kate Walsh played Addison Montgomery on “Grey’s Anatomy” and is now a star in the spin-off “Private Practice”. Anyone who has seen the shows knows that she is in great shape, but Kate Walsh is ready to show the world just how awesome her body really is.

Shape magazine has never done a nude cover before, largely because they have never photographed a celebrity who was comfortable with the idea. The typical Shape cover features a bikini-clad celebrity with amazing muscle tone and virtually no body fat, all of whom would look great with or without the bikini. But Kate Walsh, proud of her body at age 44, went to the editors of Shape with the idea of baring it all on the cover.

The fiery red head, who admits to dying her hair, exudes confidence on the cover.

“I highlighted it to keep it blonde for a long time. And let me tell you, I got so much more attention from men,” she revealed in her interview with ‘Shape.”

“I felt like an imposter before. I’m stronger and sassier as a redhead. It’s much more me.”

Kate Walsh probably doesn’t have much trouble getting attention from men. At 44, Kate Walsh has a body most women, at any age, would kill for and that men of any age would gladly die for.

So why was Kate Walsh so quick to take it all off, when stars half her age would shy away? On the April 2011 cover, a 22-year-old Vanessa Hudgens even donned a cardigan over her bikini.

“Right now, I feel really healthy, confident and sexy,” Kate Walsh told the magazine, “I’m enjoying my 40’s and wanted to share that. Is it a midlife crisis? I do drive a Porsche, so maybe it is!”

In the issue, on newsstands Monday, Kate Walsh shares her favorite exercises and talks about everything from plastic surgery and quitting smoking to men.

In a nutshell, plastic surgery is not for her; giving up cigarettes was really tough, and she’ll take Ricky Gervais over George Clooney any day.