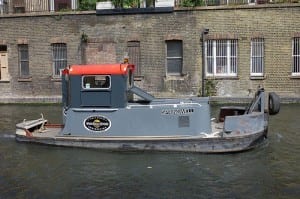 See what beats it out below

On Friday, China launched the Adastra Superyacht into China’s Pearl River. The boat is $15 million, 140-feeet long and looks like something out of Star Trek rather than China.

Anto Margen, a Hong Kong shipping industry billionaire, commissioned John Shuttleworth Yacht Designs to build the superyacht “unlike anything the world has ever seen. Margen watched Friday as his money was well spent.

The Adastra is the second largest of its kind and took four years to build. It houses nine guests, six crew members, and travels at 22.5 knots. Its illustrious interior is complete with a dining area and each sleeping space has full bathroom with a shower, not to mention the thing is fuel efficient, with the ability to travel 4,000 miles without stopping for gas.

The most absurd feature though, is the customized app that comes along with it. From up to 164ft away, an iPad can steer the boat and flick various switches.

Anto Marden, according to the Daily Mail, plans on sailing the boat with his wife back and forth from the two Indonesian Island’s they own.

The Adastra Superyacht is futuristic and fuel efficient, yes, but pales in comparison to the most expensive yacht in the world. An anonymous Malaysian business man, according to Business Insider, dropped a cool $4.8 billion on a solid gold yacht. Take that Adastra.

With that being said Adastra is spoken for but the unique design could be a template for superyachts to come.

See the video of Adastra’s features: