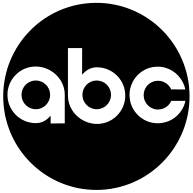 ABC is being sued after for only featuring White people in the main roles on their popular dating shows, “The Bachelor” and the “The Bachelorette,” according to Reuters.

Two football players, Nathaniel Claybrooks and Christopher Johnson, African American men, who have both tried out for “The Bachelor,” believe that the network intentionally leaves out non-whites from the shows.

The two Nashville, Tennessee residents filed the suit on Wednesday and claim that ABC will not include non-whites in fear of losing White viewers, who are the majority, or advertisers.

The complaint said, “Defendants are making the calculation that minorities in lead roles and interracial dating is unappealing to the shows’ audiences. ‘The Bachelor’ and ‘The Bachelorette’ are examples of purposeful segregation in the media that perpetuates racial stereotypes and denies persons of color opportunities in the entertainment industry.”

The suit demands that ABC consider non-whites for roles, as well as” punitive damages and other remedies.”

Last year when asked about the show featuring non-white, the show’s producer Michael Fleiss said to Entertainment Weekly:
“I think Ashley ( 2011 Bachelorette) is 1/16th Cherokee Indian, but I cannot confirm. But that is my suspicion! We really tried, but sometimes we feel guilty of tokenism. Oh, we have to wedge African American chicks in there! We always want to cast for ethnic diversity; it’s just that for whatever reason, they don’t come forward. I wish they would.”

The show, which high-lights a man or a woman who chooses one mate between 20 people, began in 2002.  Each week, a potential mate is eliminated.