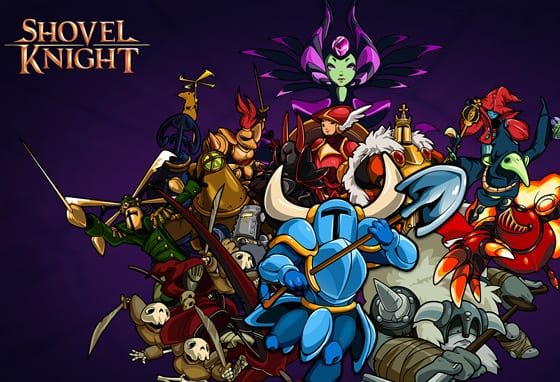 Shovel Knight turns out to be a buried gym

Digging up Shovel Knight will be one of the most rewarding experiences you’ll have regarding finding hidden treasure- that is, until you’re digging for gems on Shovel Knight itself. Parading as a retro-style platformer, Shovel Knight pretends that it’s all fun and games. What you won’t discover until you’re already hooked, however, is that Shovel Knight presents a worthy challenge that might just have you up all night and into the next. As subtly merciless as the Dark Souls series, Shovel Knight offers a gaming experience that probably will have you filling the air with equal amounts of curse words and triumphant exclamations.

You will also like: Fallout 4 vs Star Wars Battlefront

Shovel Knight begins with, well, a shovel. As you progress through the game you will have the opportunity to collect gems and coins and thus purchase more impressive gear for yourself, including secondary fire wands and magical armor. The gameplay revolves around classical platforming, reminiscent of Super Mario Bros. Don’t be fooled by this vague nostalgic hint. Shovel Knight is far more eager to punish your mistakes, causing you to lose money every time you die and forcing you to forfeit that money entirely if you don’t reclaim it before you die again. The platforming gradually becomes more difficult as the plot moves forward and never really relents. You also may find yourself tripping over your attempts to recreate Mario moves on Shovel Knight, which, by the way, don’t work at all.

It’s hard to know exactly how many games have attempted to recreate the magical atmosphere of retro gaming and failed, since there’ve been a good many of them. Fortunately, Shovel Knight need not be added to this list. Presented in 8-bit graphics with matching music and equally vintage color combinations, Shovel Knight feels gloriously old-school without ever feeling cliché. The theme songs vary appropriately with different levels and are surprisingly catchy, while the graphics feature beautiful renditions of retro gaming that add depth and character to an already well-beloved style.

Yes, But… Which Console?

Shovel Knight is available on Steam, Nintendo 3DS, Wii U, PS3, PS4, PS Vita, and Xbox One. So, basically, you don’t have an excuse to not get yourself a copy. Do yourself a favor and download Shovel Knight for any one of these devices. It plays equally well on all and will have you shouting at the screen in anguish and delight in no time. There is also a secondary plot that runs on after the game is initially defeated, as well as downloadable content and extra goodies that will keep you entertained for a good long while. Happy shoveling.