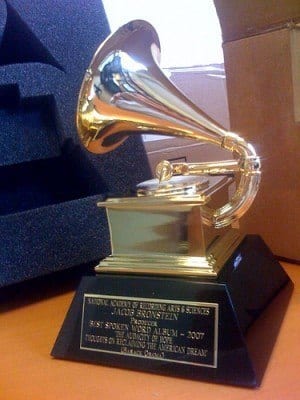 After last night’s concert, the 2012 Grammy nominations have been announced.

Though we have to wait until Feburary 12, 2012 to see the winners, last night’s nominations were unveiled for the Grammys.
Kanye has the most nominations with seven, though Adele and Bruno Mars are tied behind him with six and both have a shot at Album, Record and Song of the Year.