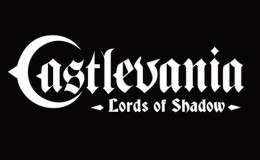 A reboot of one of Konami’s most celebrated video game franchises, “Castlevania: Lords of Shadow” leaves its traditional roots as a 2D side scroller to once again experiment in the 3D, action-adventure genre. Unlike many of its predecessors, “Castlevania: Lords of Shadow” makes the transition with surprising success, adapting many staples of the genre while still retaining the series’ distinct identity to create an enjoyable, though somewhat familiar, gaming experience.

One of the largest surprises that “Castlevania: Lords of Shadow” has to offer is its well crafted, dark and sinister story line that explores the franchise’s lore more thoroughly than any game before it. You play as Gabriel Belmont, a member of an elite order of knights tasked with stamping the threat posed by an evil alliance known as the Lords of Shadow. The game starts off simple enough, but as it progresses, the narrative does a phenomenal job of developing its cast of characters that are truly capable of evoking emotion in the gamer. Whether the emotion is fear, hatred, or empathy varies as the story twists and turns, but the fact that “Castlevania: Lord of Shadows’” storyline is competent to elicit any kind of reaction is an unexpected pleasure.

If you’ve played God of War before, you should know what to expect from “Castlevania: Lords of Shadow”, as it’s practically modeled after the hit PlayStation 3 exclusive. As you travel through the game’s predominately linear stages, you’ll constantly be accosted by all manner of demons and werewolves who are in need of being messily dismembered using Belmont’s blades. New combos can be unlocked to make killing more efficient and flashy, and you have a nice supply of secondary items, like restorative potions, throwing knives and holy water, to make things a little easier.

While “Castlevania: Lord of Shadow’s” hack-and-slash combat definitely feels very reminiscent of God of War (or any action game for that matter), the inclusion of light and dark magic makes combat a more cerebral affair, particularly during the game’s many, action-packed boss encounters. Light magic heals you when you attack, and dark magic makes your attacks more powerful. Knowing when and how to use your magic is a challenge in itself, and on top of that you’ll also be constantly dodging, blocking and countering attacks. You may find yourself slaying dozens of enemies almost mindlessly at times, but “Castlevania: Lords of Shadow” has more than its share of moments where being able to think on your feet is crucial.

Unfortunately, platforming in “Castlevania: Lords of Shadow” is a huge pain, thanks largely to a camera that never seems to be pointing at an angle that benefits you. When you’re not jumping blindly in the futile hopes that there’s actually a handhold positioned behind you, the camera deceives you into thinking a jump is possible when in reality you’ll only end up finding yourself plummeting to your demise. Granted, this isn’t always the case, but poorly designed platforming segments slow you down far too frequently.

Puzzles are a mixed bag. Some are pretty easy to solve, while the solutions to others are so obscure and random that they end up being more frustrating than challenging. There are some that are genuinely interesting, though, and all-in-all the handful of mental obstacles that impede your path is a nice distraction from the game’s penchant for blood and gore.

The presentation of “Castlevania: Lords of Shadow” is top notch. The frame rate stutters occasionally on the Xbox 360 version (the PlayStation 3 version allegedly runs a little smoother), but it’s a flaw that’s easy to overlook considering how detailed and massive in scale the levels are. Equally impressive is the host of veteran actors, like Patrick Stewart, Jason Issacs, Robert Carlyle, brought in to supplement the game’s storyline with their acting talent. It was undoubtedly a big investment on Konami’s part to go the extra mile to bring in reputable voice talent, but it pays off in a big way. Had Konami hired the wrong people, it’s very possible that my positive impressions of the game’s storyline and characters could have been very, very different.

“Castlevania: Lords of Shadow” isn’t the most original game ever developed. It borrows liberally from other games in the genre, but all that means is that it knows exactly what it’s doing when it comes to decimating monsters into small, bloody chunks. However, it would have been nice if the game’s success with combat translated over to its less than stellar platforming.

Even with its flaws, though, “Castlevania: Lords of Shadow” is still worth checking out if you appreciate the fine art of hack-and-slash or merely have enjoyed the “Castlevania” franchise since it made its debut 1986. The gameplay is packed with violence and epic action sequences, and the storyline is absolutely enthralling.