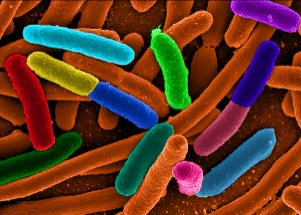 Proof will anger many people

Eben Alexander’s book “Proof of Heaven” is proof of hallucination, not Heaven, according to Michael Shermer at “Scientific American,” in a hilarious comment that’s adding to the criticism of this interesting publishing phenomenon.

Alexander, a neurosurgeon, who wrote a book claiming a trip to Heaven occurred while he was in a coma caused by E. coli bacterial meningitis, has had some success with “Proof of Heaven,” with space in a “Newsweek” story and shows like “Fox & Friends” to lend him a platform. However, the story behind Alexander’s trip and his qualification as a neurosurgeon—a career detail that’s supposed to legitimize his claim—and questions of accuracy have been brought into question by a combination of other investigators.

Aside from deciphering the fact that Alexander’s experience was a case of “hallucination, not heaven,” Esquire writer Luke Dittrich also calls into question not exactly what Alexander experienced, but how he experienced it. Additionally when delving into Alexander’s reputation as a neurosurgeon, several legal troubles are uncovered. The most damaging is perhaps from a doctor who was on duty in the ER when Alexander arrived in 2008. Dr. Laura Potter describes how she “had to make the decision to just place him in a chemically-induced coma.” But that’s not how Alexander relates the tale.

In “Proof of Heaven,” Alexander describes the E. coli coma, but there is no indication in the book that it was Laura Potter or that it was her, and not the bacterial meningitis, that caused his coma or whether the physicians maintained his coma in the days that followed through the use of anesthetics.

Alexander also describes how his mind was basically decaying during this time, leaving him with an “all-but-destroyed brain.” Alexander argues that with his mind not working correctly, he was not conscious and therefore able to travel to different realms like Heaven. Basically, he argues that his brain was not capable of conjuring dreams or hallucinations.

Potter comments that the manic, agitated state displayed by Alexander, occurring whenever he was weaned off anesthetics during his first days of coma, would meet her definition of conscious. “Conscious but delirious,” she says.

Alexander though, unsurprisingly, asks Dittrich not to bring up discrepancies in the story. The neurosurgeon turned author’s Twitter account has been silent, but he affirmed to the “Today” show that he stood by “every word” in the book and criticized the “Esquire” story as “cynical” and “cherry-picked.”