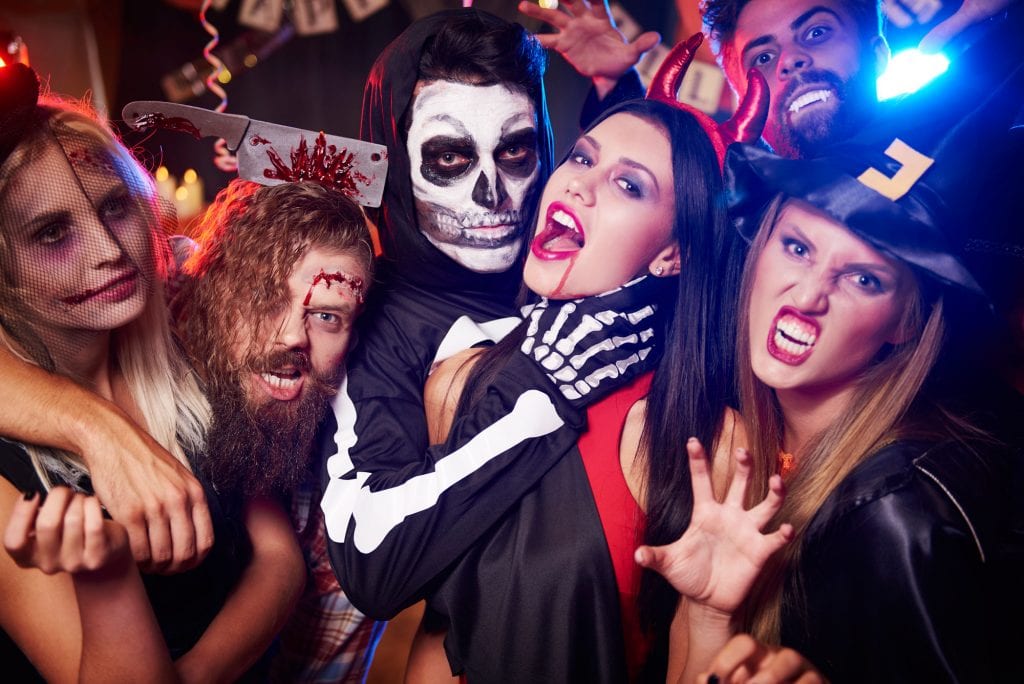 A recent survey by Redbox.com found that, after 45 years, The Exorcist (1973) is still the scariest movie that members have ever seen. Hocus Pocus (1993) is also celebrating a milestone anniversary this year, and it’s no surprise to hear that the iconic, 25-year-old classic out-performed all other family-friendly Halloween movies.

Whether you prefer fun or frightening, staying in with Netflix beats trick or treating—just ask the survey. We’re giving you 12 spooky movie options that you can stream for the best October ever.

The survey also showed that 72 percent of responders prefer popcorn to candy, so you should probably watch Children Of The Corn (1984) too. Happy Halloween!

Anyone who says this isn’t the best film ever made is lying—or just isn’t that nostalgic. The live-action re-imagining of the classic cartoon involves cults, spirits, brainwashing and meddling kids.

This horror film seems to be about an STD—except it takes the form of an evil spirit that sets out to murder its victim. Pass it on to survive.

This classic psychological thriller follows Bruce Willis as his character tries to help a young boy who is visited by ghosts. If you haven’t already been spoiled on the ending, your Halloween just got 100 times better.

Coraline is based on Neil Gaiman’s slightly disturbing children’s book. It follows a young girl who discovers an exciting parallel universe. Once you get over how creepy the character’s button-eyes are, this movie is awesome.

The Conjuring is inspired by a true story, and it’s petrifying. The movie follows paranormal investigators, Ed and Lorraine Warren, as they attempt to help a family who are being terrorized by a malevolent spirit.

Creepy doll movies are perfect for Halloween, and this one is no exception. When a young nanny breaks the list of rules for looking after a life-size doll, it becomes clear why the parents treat it like a real boy.

If you need a break from the horrors, Hotel Transylvania’s monsters-meet-humans adventure is charming and fun. It was also voted as the fifth family-friendly favourite in the Redbox survey.

We dare you to tear your eyes away from this gruesome horror. The intense movie follows a group of unfortunate characters at a dinner party. In a merciless twist, the host forces them to play a sadistic game or pay the price.

What screams Halloween more than Chucky? Another sequel. This installment is actually one of the most atmospheric and scary Chucky films, and follows a grieving daughter whose niece has a creepy doll.

This monster hunter saga is mainly here because it has Hugh Jackman and Kate Beckinsale in, but it’s also a thrilling roller-coaster ride of entertainment.

This one is best viewed on an empty stomach, so put the popcorn down. At school, a vegetarian girl is convinced to eat raw meat for the first time and develops a craving for flesh. This movie is famous for causing audience members to faint at the Toronto International Film Festival. Go on, we dare you.

Further reading: Why Netflix’s Sierra Burgess Is A Loser Is Problematic

Previous ArticleFood for Fall: Pumpkin SoupNext ArticleSix of the Best Books to Read This Fall