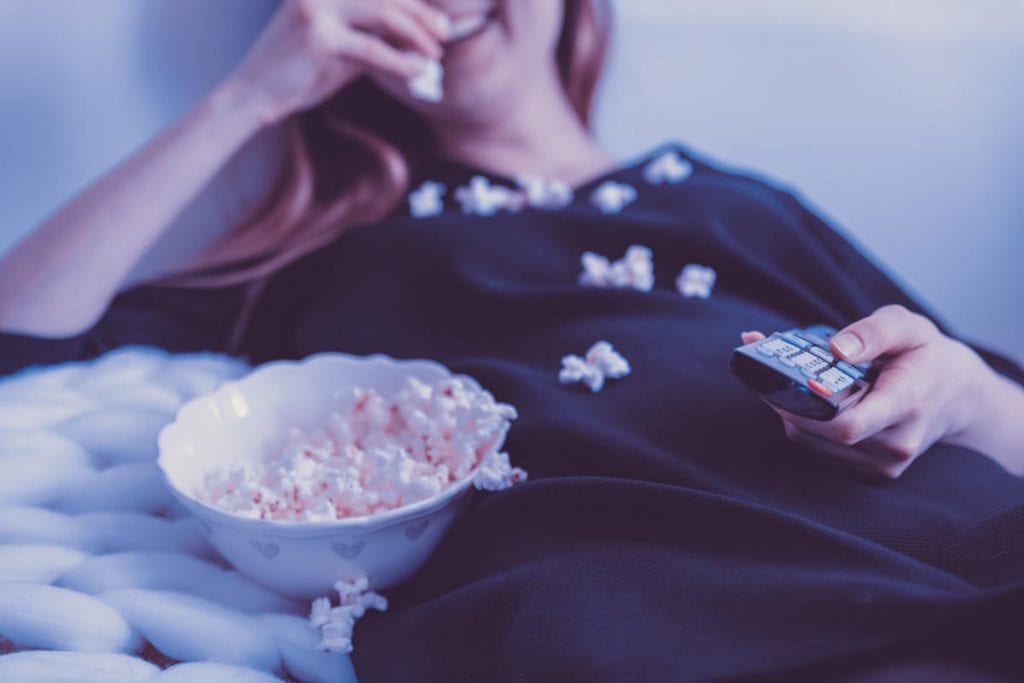 It’s a hard time of year if you’re bummed about being single.

Maybe you’ve recently been through a break up, or maybe you’re just sick of being alone. With Valentines day approaching, couples are more nauseating than ever, and as a result you feel more single than you did over the holidays.

However, being single this Valentines Day means that you have the perfect excuse to kick back and binge watch some great movies and TV shows with that box of chocolates that you most definitely should buy yourself.

So, here are some top picks of great TV Shows and movies, from new releases to well-known classics, that will empower you in your single state this Valentines Day.

Feminist icons Jane Fonda and Lily Tomlin play 70+ Grace and Frankie in the Netflix original. Grace is a sophisticated and level headed business woman, while Frankie is a free spirited and emotional hippie. Yet when their husbands announce they are gay (and in love with each other) the pair find they have more in common than they thought. The TV show is about the women navigating their new single life, embracing womanhood in their later years.

If there’s any TV show that will scare you out of having a significant other it’s Netflix’s You, staring Penn Badgley. This dark thriller follows the character Joe, who becomes obsessed and infatuated with a vulnerable girl called Beck, studying as a writer in New York City. Joe decides to stalk her in an attempt to make her his girlfriend and we won’t spoil it, but let’s just say you will want to delete any form of social media you ever had.

We don’t care if you’ve seen it all the way through a million times, there is no better therapy than Lorelai Gilmore. If anything is going to convince you that you don’t need a partner, it’s the topsy turvy life of Rory and Lorelai as they figure out life, love and friendships. Over a whole seven seasons, might we add.

Watch all seasons of Arrested Development on Netflix if you literally want to forget about everything and watch something hilarious and dumb this Valentines Day. There’s a bit of schadenfreude that comes with watching the misfortunatate life of the Bluth family, and you can sit back be guilt free in your bitterness this Valentines Day.

Feeling particularly upset or heartbroken? Watch a few episodes of post-apocalyptic zombie-fest The Walking Dead to remind yourself that it could always be worse. Also, you can’t get more un-romantic than this.

How To Be Single

Dakota Johnson plays Alice, who takes a break with her long term boyfriend to focus on her career in New York. Rebel Wilson plays her wild co-worker Robin, who hates all things romance and loves one-night stands. The whole film is about Alice learning how to live on her own and navigate her own life in New York.

If the fact that Jason Segel and Paul Rudd are in this film, isn’t enough to sway you then maybe the plot will. Lovable musician Peter Bretter is better known for being the boyfriend of famous actress, Sarah Marshall. That is until she breaks up with him leaving him heartbroken. The film is about Peter navigating himself without her, making friends and finding his passions – all while staying at the same vacation resort as his ex.

If you’re a female who has recently been through a break-up, and are still in the state of crying into your pillow, it’s because you haven’t watched Legally Blonde yet. Even if you’ve seen this classic a hundred times already, it’s sure to reinforce your sense of self after heartbreak.

If you need an escapist comedy that shows you friends are all you really need, the Hangover films are a good way to go. A film full of bromances, stupid mistakes and crude humour, you cannot go wrong if you’re feeling hateful towards loved up couples this V-day.

This 2017 horror film should do the trick if you want something really anti v-day this Friday. This film should remind you that it’s okay not to be in a relationship because your girlfriend and her family might turn out to be psychotic. Better to stay single, just in case.

See also: EDEN Finds His Footing with New Album “no future”
Will This Antidepressant Work for You? A Brain Scan May Reveal the Answer
Bernie Wins New Hampshire Primary, Buttigieg a Close Second

Previous ArticleWill This Antidepressant Work for You? A Brain Scan May Reveal the AnswerNext ArticleEDEN Finds His Footing with New Album “no future”