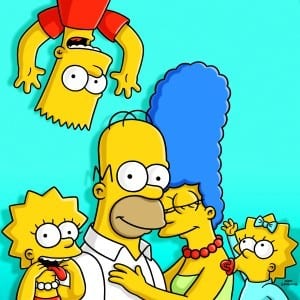 and her line Marchez Vous

How do you mainly express yourself?

I love words. I think letter writing is an art form. But at the end of the day, I believe deeds are the most authentic form of expression.

How did you get started in voice acting?
I did a new play at a grubby little theater in Los Angeles, a few months after I arrived in 1986. I think 17 people saw that play, but one of them ended up casting “The Simpsons” shorts on Fox’s ”The Tracey Ullman Show” a year later. She remembered me and said right away, “I know who should play ‘Lisa Simpson’!”

Do you have any voice acting idols?

I am genuinely in awe of my fellow Simpsons actors who all do multiple voices and do them beautifully and effortlessly. I’m also a huge fan of Charlie Adler who voiced both ‘Cow’ and ‘Chicken’ on the late ’90’s cartoon series Cow and Chicken. Pure genius!

Who are your idols in general?

I’m inspired by people who pursue their dreams and follow their instincts. To me, this is the fastest way to happiness. So James Bond is at the top of my list –and so is Santa Claus.

Any favorite writers? Scriptwriters or authors of novels?

You can’t go wrong with Dr Seuss — ever.

How do you mainly express yourself?

I love words. I think letter writing is an art form. But at the end of the day, I believe deeds are the most authentic form of expression.

I understand you have a novel out, “I, Lorelei,” and it has some similarities with “The Simpsons.” Writing the novel, did you draw any inspiration from “The Simpsons?”

Not consciously, though ‘Lisa Simpson’ and ‘Lorelei’ are smart, funny, über-resourceful, and take no prisoners. Basically, they’re who I wish I’d been at ages 8 and 11, respectively.

Do you and Lisa Simpson have anything in common?

I’d say one thing we have in common is that we both excelled at something at a young age, and that automatically sets you apart from your peer group. For instance, I did a lot of school plays from age 10, on. By age 14, I was doing professional theater. Some of my classmates thought that was cool; others thought I was just showing off. Lisa is in the same boat given her brilliant academic achievements. The writers on the show always make fun of her for not having any friends. I had friends as a kid, but I’m not sure I ever felt as though I really fit in.

What do you and don’t you like most about Lisa’s character?

I love her sense of humor! She’s so funny! I’m less fond of her standing on a soapbox and going off about some meaningful cause. Only because if we make Lisa too preachy and forget she’s a kid, she becomes really tedious.

You initially auditioned to do Bart Simpson’s voice. Why was that your first choice?

It wasn’t my choice. In animation, they always have women do the voices of young boys because our voices don’t change. I think the producers of “The Simpsons” were just throwing stuff at the wall and seeing what stuck that day. I’d never done voice-over at all when I auditioned for “The Simpsons” So I, personally, didn’t have a preference. But, even so, I knew it was a stretch to say I sounded like a boy.

What were your thoughts of the show before starting recording?

The premise of the Simpsons “shorts” that began on “The Tracey Ullman Show” was so off-the-wall I wasn’t even sure what the job was when I went auditioned for it! But I’m usually game for anything so I didn’t care. By the time we spun off into a half hour series, everyone said Fox was crazy to put a cartoon on in prime time — it hadn’t been done since “The Flintstones.” The first half hour episode of “The Simpsons” aired on December 17th, 1989. It was a Christmas special called “Simpsons Roasting on an Open Fire.”  After that the show was unstoppable.

I loved meeting Mick Jagger. I mean, come on! It’s MICK JAGGER!  I can’t say he felt the same way about meeting me. As in, he seemed rather underwhelmed when we were introduced. LOL!  Anne Hathaway was grace, incarnate: beautiful, funny, willing, and tall! Loved her.

What was the hardest part about doing “The Simpsons?” Did you ever have a sick day that you couldn’t record? Side note: What’s been the worst thing to happen during recording?

There’s nothing hard about doing “The Simpsons.” It’s the best job in the world.

What inspired the decision to start designing shoes? And what inspires the style behind your designs?

I love fashion, and I think shoes make or break your outfit. When I realized I didn’t have beautiful shoes that were comfortable enough to keep up with my busy life, I was inspired to be the solution. But I didn’t want to just license my name as a celebrity designer, I wanted to be the designer –I’m an all-in type of girl. I knew nothing about making shoes when I started Marchez Vous two and half years ago; now I know more than I ever imagined!

My motto has always been: “Screw it, let’s do it!” (Thank you, Richard Branson.) I don’t worry about the hows. Instead, I surround myself with extraordinary people who share my enthusiasm and passion for getting where we need to go and then we just go. Marchez Vous is no exception. Now we’re at Zappos, and about 30 high-end boutiques around the country. It’s a fantastic adventure and we’ve only just started!