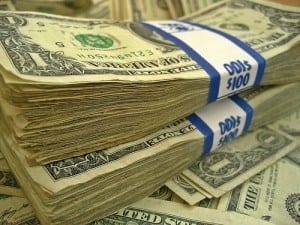 Gina Rinehart is worth a reported $29 billion

World’s richest woman is no longer an American but instead resides down under, reports Australian business magazine BRW. The Australian mining mogul, Gina Rinehart, is worth a reported $29 billion aus; a worth that grows by an astounding one million dollars every 30 minutes of every day.

The world’s richest woman is no longer wealthy Wal-Mart heiress Christy Walton, according to the magazine’s Rich 200 list, but it is instead Australia’s wealthiest mining magnate and intensely private businesswoman, Gina Rinehart.

This unparalleled growth has been fueled by foreign investments, increased production and a recovery of the iron ore price over the last six months, according to BRW magazine. Much of the world’s richest woman’s wealth is derived from providing emerging markets such as China with iron ore and coal.

“There is a real possibility that Rinehart will become not just the richest woman in the world but the richest person in the world.” Heathcote added, “A $100bn fortune is not out of the question for Rinehart if the resources boom continues unabated.”

Currently the richest person in the world is Mexican telecommunications mogul Carlos Slim Helu, with a reported $69 billion net worth.

It is worth noting that Gina Rinehart is the largest shareholder of Fairfax media, which publishes BRW magazine, owning 12.6 percent of the company. Rinehart had been seeking two seats on the board of the media company but was unable to join. On Wednesday, the company appointed James Millar to the board to fill the seat vacated by the retiring Robert Savage.

Gina Rinehart is the trustee of a multi-billion-dollar family trust established by her late father, Lang Hancock. In 2011, three of Rinehart’s four children filed a lawsuit against their mother in an effort to remove her as trustee. Rinehart tried to keep the lawsuit secret by applying to keep court details from the media.

The 20 richest women in the world maintain a combined net worth of $232 billlion.