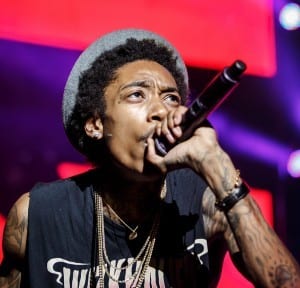 According to reports from TMZ on Tuesday, rapper Wiz Khalifa and wife Amber Rose are divorcing only one year after marrying in July 2013.

TMZ obtained divorce documents and indicated that the documents site no report of infidelity despite rumors that Rose and Nick Canon were allegedly having an affair after she was signed as a model to NCredible Entertainment, Canon’s management company.

However, Rose diffused those allegations when she took to Twitter to confirm the divorce when she tweeted, “Please stop with the fake stories. I would never ever ever cheat on my husband in a million years I think u guys know this…” Which was quickly followed by, “Unfortunately my now ex husband can’t say the same…”

Despite the turmoil between the two, Rose notes that the ex-couple’s one-year-old son Sebastian is the main focus.

In which according to TMZ, Rose is asking for full legal and physical custody of Sebastian but is willing to give Wiz visitation.

Reps for Khalifa and Rose have been contacted but no one has commented on the reports.

Previous ArticleChef: A Movie for Foodies and Anyone Who Likes to EatNext ArticleAlbum Review: "Sundown Heaven Town" by Tim McGraw