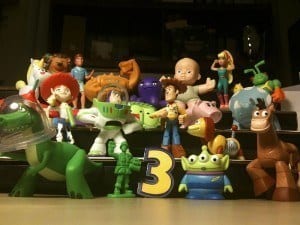 Pixar is rumored to be considering the return of the beloved Toy Story gang in a Toy Story 4 and a second installment to Finding Nemo.

Actor Tom Hanks has revealed during an interview with BBC last year the next installment to the animation hit Toy Story was in the works. To supplement Hanks’ comments IMDb is bolstering the rumor of a Toy Story 4, but confirmation is yet to be made by the production company as well as anyone else involved with the film franchise.

If rumors serve true, Tom Hanks will reprise his role as the voice of Woody, Joan Cusack will return as Jessie, Tim Allen will return as well as Buzz Lightyear and Don Rickles as Mr. Potato Head.

As for Finding Nemo, the film is set to release in 3-D in September. According to The Christian Science Monitor Andrew Stanton, director, has confirmed to return as the director. Apparently, Stanton has been pondering the idea around for several months, and recently come aboard the project—armed with “a concept the studio loves.”

Stanton recently made his live-action directorial debut in John Carter. The film had mixed reviews and failed to recoup its budget. Stanton was part of the creative process in creating the first two Toy Story films, A Bug’s Live, and Monster’s Inc., where he served as co-writer and co-director.

In light of the rumors there is sure thing to look forward to within the next year. Pixar is set to release Monsters University a prequel to the 2001 film Monsters Inc.

There is much hope that Finding Nemo 2 will follow in the same suit as the Toy Story franchise—a meaningful continuation of the story of a father clownfish, Marlin and his son, Nemo.