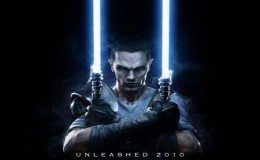 Set briefly after the events of “Star Wars: The Force Unleashed,” Starkiller awakens once again in the servitude of Darth Vader. However, it is quickly revealed to him that not only is he a clone of the now deceased Starkiller, but he’s destined to eventually go insane from the lingering memories that haunt him. Unwilling to be murdered at the hands of his former master, Starkiller escapes and embarks on a campaign to rescue his love interest from the original, Juno Eclipse, and help the fledgling Rebel Alliance fight the Empire.

The gameplay in “Star Wars: The Force Unleashed II” is almost identical to the first one. You venture from one point to another, hacking and slashing any Stormtrooper stupid enough to stand in your path. You earn experience points and restore your health by defeating enemies, and scattered throughout levels are Holocrons that either extend your health and Force bar or reward you with bonus experience points which can be invested in upgrading your Force powers or lightsaber prowess.

Starkiller does have some new tricks up his sleeve, but unfortunately, the addition of dual-wielding lightsabers isn’t one of them. Unlike “Jedi Knight: Jedi Academy”, fighting with two lightsabers doesn’t feel any different, meaning it’s little more than a cosmetic upgrade. A cool one, granted, but it’s ultimately superfluous. You can still customize your blades with multi-colored lightsaber crystals, though, which give you small bonuses like decreasing the cost of your Force powers.

While decapitating hapless Stormtroopers is always entertaining, you’ll be using Starkiller’s arsenal of Force powers just as frequently. Push, levitate and repulse are great tools to get some breathing room or merely toss hapless opponents to their doom, lightening is appropriately electrifying, and using mind tricks to convince an enemy into throwing himself off a cliff is always entertaining. Once you’ve killed enough enemies, you can trigger Force Fury, which essentially turns Starkiller briefly into an invincible whirlwind of destruction.

With all these powerful weapons at your disposal, you’d think “Star Wars: The Force Unleashed II” would be a breeze. It’s not, even on medium difficulty. Once gun ships start shooting at you and a half dozen different types of enemies (each of which requires a different tactic to defeat) assault you from every way, things quickly become very hectic. The boss battles are no picnic either, requiring both keen observation and quick reflexes in order to survive.

With the exception of a few platforming segments, there’s really not a whole lot of variety in “Star Wars: The Force Unleashed II” besides killing everything in sight until the game allows you to move forward. However, that’s not necessarily a bad thing. The combat does occasionally err on the side of repetition, but with two lightsabers, a host of Force powers and an endless supply of enemies to use them on, it also lets you feel like an awesome, badass Jedi Knight –exactly what “Star Wars” games should do.

The first “Star Wars: The Force Unleashed” was guilty of trying to shoehorn its way into significance by essentially crediting the origins of the Rebel Alliance to Starkiller’s actions. “Star Wars: The Force Unleashed II’ manages to be even worse by simply being pointless. It wraps up some of the loose ends of the original, but aside from that, the storyline does very little to ever pique your interest.

The characters continue to be uninteresting, and the romance between Starkiller and Juno (which serves as one of the biggest elements to the plot) falls flat because it was never engaging to begin with. The writing and direction are so bad you’ll often find yourself wondering what’s going on (or simply not caring), and the appearance of iconic “Star Wars” characters, like Yoda and Boba Fett, feel even more forced than Chewbacca’s appearance in “Star Wars: Revenge of the Sith.” Just because you have a sizeable roster of characters that fans will recognize doesn’t mean you have to include them, especially if it’s just for the sake of doing it.

“Star Wars: The Force Unleashed” is a lot like the prequel trilogy. It looks great and has all the fancy bells and whistles to make it incredibly entertaining, but it lacks the soul and personality that made Episodes IV – VI classics. It’s all style, but no substance. There might not be a Jar Jar Binks character to make you want to stab something, but considering that “Star Wars: The Force Unleashed II” is also a chapter in the official “Star Wars” canon, it still feels like such a huge waste of potential.

It’s boggling. Other “Star Wars” games, like “Jedi Knight” or “Knights of the Old Republic” had incredibly well-written storylines full of characters to whom gamers genuinely felt attached. Why can’t “Star Wars: The Force Unleashed” and its sequel come even close to achieving something similar?

For casual “Star Wars” fans or gamers merely looking to harness the quasi-omnipotent powers of totally badass Jedi Knight, “Star Wars: The Force Unleashed II” does an excellent job of doing exactly that. Playing through the game won’t take you very long, but guaranteed you’ll have a whole lot of fun chopping off Stormtrooper limbs or frying droids with lethal blasts of lightening.

If you’re a hardcore “Star Wars” fan, its dismal storyline casts a dark shadow over how much you really should enjoy the game. The graphics and cut scenes are so jaw dropping that they rival some of the work BioWare has done for “Star Wars: The Old Republic,” but that means so much less when it’s impossible to care about the characters or even the story because of how poorly everything is handled.

Granted, most gamers won’t even care that “Star Wars: The Force Unleashed II” has a story. You should envy them. Because if you’re one of the hardcore crowd who still think Boba Fett was really a journeyman named Jaster Mereel or know that Princess Leia and Han Solo eventually get married and have three children, “Star Wars: The Force Unleashed II” is really just more evidence that the “Star Wars” franchise just needs to be left alone sometimes.

If You’re a Casual “Star Wars” Fan: B