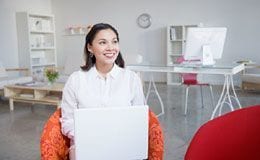 CNN.com had an article that caught my eye this morning. Titled “Does Your Career Fit Your Personality?” it talked about six personality groups and what careers are best for you.  The article breaks them down as so:

These people are creative with extremely active imaginations. They also like to work without rules and use designs or words. Some good jobs for artistic people include an editor, graphic designer and producer. Salaries can be anywhere from $40,000-$80,000, CNN reported.

Conventional people are more of the opposite of those happy-go-lucky creative types. They like rules, schedules and instructions. They’d rather work with data than ideas and most are very practical. Ideal jobs for conventional people could be accountants, financial planners and technical writers, CNN stated. Their salaries run from $45,000-$75,000.

People who are enterprising tend to be the leaders. They oversee projects from beginning to end and are doers more than thinkers. They look at the big picture. Some jobs for those who see themselves as enterprising could be program directors, sales reps and sales managers. Salaries vary, but CNN pointed out that most are about $48,000 to $78,000

Realists are very hands-on and like problems and finding solutions to them. They also like working outside, or with machines and other tools. They tend to be in jobs like electricians, nuclear engineers and orthodontists. Salaries can be anywhere from $35,000-$250,000, depending on the type of position.

Social people love helping others and working with people. They prefer teams and communicate well and would rather talk than work with machines. The best jobs for social people are those that let them do so, such as family practitioners, coaches and trainers. CNN reported that their salaries are anywhere from $45,000 to $160,000.

What’s your career personality?  Does it fit with the job suggestions?  Do you find descriptions like these accurate or just a made-up idea to get you to read stories?