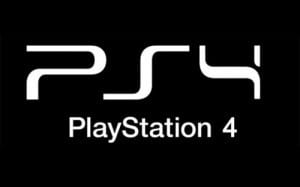 It’s good to be gaming

Sony held their 2013 “meeting” on February 20th to unveil their next-generation of console to the gaming public. The Playstation 4 was confirmed with a release coming this year, but not price or even image of the device was discussed. What we did hear was that the PS4 is packed full of computing goodness, has developed a new controller, has some fascinating first-party titles on the docket, and is implementing their recent acquisition of Gaikai in interesting ways. As we wind down on the longest console generation gamers have ever seen, the announcements made by Sony are certainly intriguing, but were they enough?

A lot of the discussion regarding the upgrades within the system itself focused on hardware and the potential for it. The brain of the device is from AMD and is an impressive 8-core 64-bit Jaguar CPU. The GPU, for graphical processing aka “making things pretty,” is from Radeon and was only vaguely explained via the power it delivers. For those keeping track at home though, 1.85 teraflops of RAW POWER is intriguing and should make for some improvements in the coming years! 8GB of unified GDDR5 memory versus the total 512MB of RAM seen in the Playstation 3 also means the console will essentially compute and react faster.

With the added horsepower of the console, additional features can be implemented that will enhance the overall experience. Sony acquired Gaikai in 2012, who specializes in cloud streaming services. With this technology in their stable, Playstation 4 will allow users to implement streaming features that have been unseen to this point. Download a game and immediately start playing while the download is still in process. This creates a sense of immediacy, something Sony stressed highly during the announcement. Additionally, friends can view your gaming progress akin to a live stream, right from their own dashboard. And if you happen to get stuck at a particular point in a game, the Playstation 4 alleges that you can have a friend take control to help you through it. That is, if your ego allows it.

Social media was also a talking point, but thankfully less than expected. Instead of resting on buzzwords and talking strictly about Facebook and Twitter, Sony explained that users will have the option of sharing video cuts to some social media platforms, even giving examples of one such cut being shared to Facebook during the meeting. Partnering with UStream, Sony expects users to continue the trend of sharing gameplay videos, something magnificently popular right now. The question though, is that if everyone is streaming and sharing videos, who is watching them?

We all expected the hardware and software to be impressive, though the announcement was more to tell us what, exactly, we can expect in performance. Arguably the most important aspect of any console is the controller. Software can be upgraded, developers will learn how to best use the internal hardware as time passes, but the controller is static; it doesn’t change. It’s also the tool that every gamer understands. While we all play different genres or spend time with multiple titles, the controller itself is our primary tool. Sony, recognizing that, has opted to engineer a controller that implements new thumbsticks showing a concave design rather than the convex that we’ve seen on each Playstation since its inception. The Dual Shock Controller 4 seems a bit wider than we’ve typically seen, but that’s due to the new touchpad implemented on the front. It’s akin to the PS Vita handheld, though what benefit it will give to gamers remains to be seen. Most intriguing with the new controller is the implementation it has with the new camera peripheral announced, called “Eye”. It’s a redesign and reimplementation essentially, but Sony alleges that the LED light bar on each controller will act akin to the failed Playstation Move, which also made an appearance. Finally, the new Share Button resting atop the controller will allow users to share their videos and gameplay experience with a simple press. It’s clear that Sony is recognizing that gamers want to share their experiences with their friends and are implementing ways to allow it to happen without a tricky, convoluted process.

Sony couldn’t have an event to show off hardware without giving demonstrations of how it performs. Unfortunately, the audience was presented with mostly tech demos and CGI cuts, though some gameplay was shown. Most exciting is the stable of titles, first party and third, that Sony wheeled out for show. Returning first party titles included inFamous and Killzone, while new titles Knack, Drive Club, and Witness made their debuts. Little was shown of each game beyond a simple video trailer and minimal footage, but the promises made and the conclusions drawn indicate that the titles are impressive, are unique, and create a wonderful gateway into the world of next-gen consoles.

Some third party titles were revealed and are perhaps more impressive than Sony’s personal docket. Capcom showed off a tech demo of Deep Down (title pending), a game strangely reminiscent of their Dragon’s Dogma release last year on current-gen consoles, though far better looking. Activision Blizzard dropped by to announce that Diablo III would be appearing on PS4, drawing applause and anticipation. With the company having their best year in their history during 2012, it’s interesting to wonder what the storied franchise has to offer fans on console. No additional information was given beyond the announcement, leading to deeper questions from the gaming community. Activision also announced that their publishing deal with Bungie will land the upcoming title Destiny on the PS4 with exclusive content to come shortly thereafter. Bungie, known for their remarkable Halo series on Xbox consoles, recently held a conference with gaming media to tease the upcoming title.

As expected, Sony presented titles that gamers wanted to see and covered an array of genres. A new Final Fantasy title was said to be in development, though nothing of substance was revealed. Sadly, while Final Fantasy VII was mentioned, there was no discussion of the remake that gamers have been clamoring for. It’s clear that Sony wanted to show off the hardware and software, but also wanted to present games that appealed to a wide audience. It’s an acknowledgement that Sony understands that the definition of gamer has evolved from what it was even six years ago when the Playstation 3 launched.

Sony used the event to get in front of Microsoft, their largest competitor, with the announcement of their latest console. They shared hardware, software, and titles that we can all expect to see once the console launches. What we didn’t see was the console itself or a price point for the device. E3 is in June and it can be expected that more information and perhaps deeper demonstrations will be delivered. Now gamers sit and wait for Microsoft to announce their next console and they have arguably set themselves up in a better position. By letting Sony announce first, Microsoft understands precisely what the gaming community wants to see at the announcement. Microsoft released the Xbox 360 ahead of the PS3 and it’s been stated that for Sony to regain the larger market share in North America (it’s an even race in Europe, while Sony owns Japan), they need to get ahead of Microsoft’s release. Now, Microsoft sees the bar set and can raise it themselves. Ultimately though, it’s about the competition. Microsoft versus Sony in the battle for next-gen supremacy. As long as they’re at war, consumers will benefit; 2013 is going to be a great year for gaming.