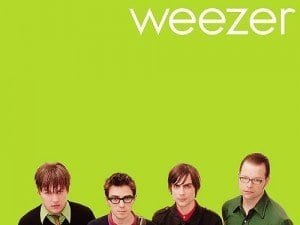 Weezer’s “Green Album” marked the debut and departure of Welsh

Weezer fans are in mourning today, following the announcement that the band’s former bassist, Mikey Welsh, died over the weekend. He was 40.

CNN reports that Welsh died unexpectedly on Saturday. Police were called to investigate Welsh’s Chicago hotel room when he was found unresponsive and not breathing. A cause of death was not immediately known, but according to the Sun-Times a drug overdose is suspected.

The band was also in Chicago, making an appearance at RIOTfest.

Welsh played bass for Weezer from 1998 to 2001. He appeared on the band’s “Green Album,” but left the group shortly thereafter, citing a nervous breakdown. He had since returned to his first, love art.

Weezer announced Welsh’s death via their official Twitter account, saying, “We are shocked and deeply saddened to hear the awful news, our friend and fellow weez rocker @mikeywelsh71 has passed away. We love u Mikey.” Scott Shriner, who became Weezer’s bassist following Welsh’s departure, tweeted about Welsh’s death as well, saying, “Really bummed about Mikey. My heart goes out to his family and friends. Such a talent… he made a special mark on the world with his art.” The band also posted about Welsh’s death on their site.

Weezer’s biggest single from the “Green Album” was the song “Hash Pipe.” You can watch the video, and see Welsh in action, below.