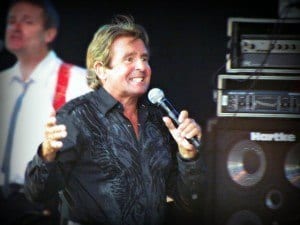 Lead singer for The Monkees

Davy Jones found dead. The lead singer of the Monkees died in his sleep after recently suffering a hard attack. Martin Memorial Hospital reported to TMZ that Davys had in fact passed away.

Davy’s was found by a ranch hand near his Florida home. It seems that Jones had begun experiencing trouble breathing. Paramedics were called to the site, and Jones was taken to a nearby hospital where he was later pronounced dead. Authorities have reported they have no reason to believe there is foul play or suspicion around Davy’s death.

Davy Jones band mates have expressed their sorrow. Drummer Mickey Dolenz commented saying, “Can’t believe it…Still in shock…had bad dreams all night long.  Bassist Peter Tork released a statement as well, “It is with great sadness that I reflect on the sudden passing of my long-time friend and fellow-adventurer, David Jones.” The last member to be added to the Monkees, Michael Nesmith, also commented, “I will miss him, but I won’t abandon him to mortality. I will think of him as existing within the animating life that insures existence.”

Davy Jones is survived through his four daughters, Talia Elizabeth, 43, and Sarah Lee, 40, from his marriage to Linda Hains and also Jessica Lillian, 30, and 23 year old Annabel Charlotte from his other marriage to Anita Pollinger.

The Monkees planned a 45 year anniversary tour last year.  The group began to cancel some dates due to what was believed at the time to be fallout between band members. Davy Jones released a statement about the tour via Facebook: “’Dear Fans and Friends, The Monkee Tour has, indeed, been cancelled but for reasons that I cannot discuss at this time.”