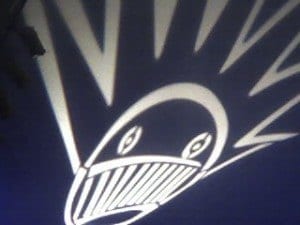 Ween is reportedly no more as “Gene Ween” – Aaron Freeman – told Rolling Stone the issue is a closed book.

Ween has amazed fans and influenced musicians since their inception in 1984, but now one of the band’s front-men has admitted that his alter-ego is retired.

In an interview with Rolling Stone, Freeman said, “For me it’s a closed book,” adding, “In life sometimes, in the universe, you have to close some doors to have others open.”

The revelation seemed to come as a shock to the band’s other leading front-man, Mickey “Dean Ween” Melchiondo. Melchiondo posted to Facebook, “This is news to me.”

“I liken it to more of a marriage between two people than a band,” Freeman told The Times in 2011. “And with that comes its ups and downs and its times of intimacy and distance and miscommunication. But as long as we’re still walking on the earth, Ween will still be there.”

Freeman says that he and Melchiondo, who formed the band as high school friends, are still on speaking terms. Neither party has made any additional statements about the split.

Suspicion has already been raised as to the authenticity of the band’s break up. After all, beloved musicians seldom walk away without complications. And with the band’s 30-year-anniversary only a few years away, only the “universe” can tell if this is really the end for the legendary group.