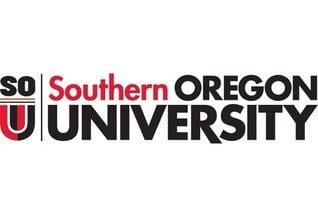 SOU Ashland Campus was shut down due to threatening note

University officials in Oregon are on high cautionary watch following Christopher Harper-Mercer’s rampage at Umpqua Community College in Roseburg just a week ago, in which there were nine fatalities, ten including his own suicide. 80 miles away in Ashland, a threatening note was discovered in a women’s bathroom at the campus of the Southern Oregon University. Following the finding of the note, the reaction of the school’s officials was so dramatic as to warrant the closure of the Ashland campus the next day.

So far, the note itself is mostly a mystery. It was found Tuesday evening at the Ashland campus and by the next day the campus was closed. Somewhat ironically, the Education Psychology building was where the bathroom was located that had the note. The Southern Oregon University refuses to release what was written on the note, but Ryan Brown, head of media and community relations, did tell NBC News that the investigation was ongoing. The handwritten note contained what is being referred to as a “potential threat,” and the university’s seemingly extreme reaction is no surprise after the previous week’s Roseburg shooting.

The Wednesday following the discovery of the note saw that no students had been evacuated from dorms- however, students had been asked to remain in their rooms. The university’s satellite campus in Medford, named the Higher Education Center, stayed open while all non-essential personnel was requested to not be on the main campus. These staff members included those responsible for campus public safety and food services for the Southern Oregon University. Classes and activities were cancelled.

The campus was slated to open again the following Thursday morning, and so far there have been no negative updates regarding the matter. There is an increased presence of policemen and security staff members on the university grounds, but other than this comforting change there have been no other alterations on campus. Students have been released to their regular activities and it would appear that, whatever the mysterious note contained, it was an empty threat. It is likely that similar reactions will be utilized in the future towards threatening messages, given that the amount of school violence has been increasing over the decades and that there have been many cases where threats indeed were followed through.