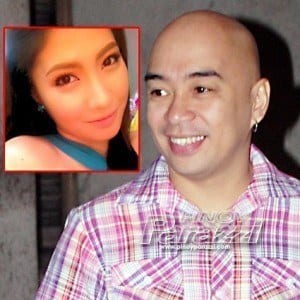 Sex tape could land him in jail

Wally Bayola, the Filipino actor, singer and TV host has shocked his home state by coming out with an extremely graphic sex tape featuring him and EB Babe dancer Yosh Rivera. The video first was released on YouTube by an anonymous uploader—and has gone viral.

In the video, Yosh is seen beneath Bayola, who then tilts the camera so his face and subsequent actions can be optimally viewed. At the end of the video, Bayola flips up his signature “pa-pogi” sign that has so greatly contributed to his fame.

This is all well and good— sex tapes are becoming less and less scandalous as the years go on—but in the Philippines, it is an illegal act to sleep with someone who is not your wife, and those found guilty are viable to spend 4 years in prison. It’s called “concubinage” and allows for the wife to take legal action when suspicions of adultery arise.

In this case, Wally’s wife has all the evidence she could ever need, as we clearly see Bayola and Yosh Rivera engaging in intercourse—missionary position, no less.

Wally will be laying low for awhile and will not appear on his popular afternoon show “Eat Beluga” for an indefinite period. This sex scandal is comparable to the Kim Kardashian or Paris Hilton sex tapes—it is incredibly high-profile and will likely mar the participants careers—and be much talked about—for years to come.