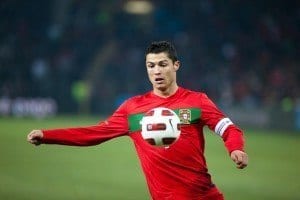 When Portuguese soccer star Cristiano Ronaldo missed a friendly last weekend against Greece, nobody thought much of his minor knee and thigh injuries. Nobody besides Ghanaian Witch Doctor Nana Kwaku Bonsam.

Bonsam, whose full name is directly translated as “The Devil of Wednesday,” claims in an interview with a local radio station that he has been working on injuring Ronaldo to keep him out of the World Cup.

“I know what Cristiano Ronaldo’s injury is about, I’m working on him…I am very serious about it. Last week, I went around looking for four dogs and I got them to be used in manufacturing a special spirit called Kahwiri Kapam.”

All of this started four months ago when the groups for this summer’s World Cup were released. Portugal and Ghana were paired in group G, which also includes Germany and the US. Many have labeled that as this year’s “Group of Death.” Portugal poses as a huge threat to stop Ghana from advancing to the next round.

Bonsam predicted that Ronaldo would miss the World Cup and he is not going back on his word.

“I said it four months ago that I will work on Cristiano Ronaldo seriously and rule him out of the World up or at least prevent him from playing against Ghana and the best thing I can do is to keep him out though injury.”

Ghana and Portugal have a match scheduled for June 26th, the final game of the first round for both squads.