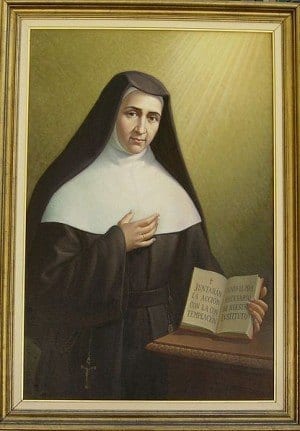 Those ‘radical’ feminists are causing a stir

A Vatican nun crackdown is singling out those freewheeling American nuns who just aren’t severe enough on certain “radical feminist themes” that don’t mesh well with the Catholic faith.

The full-scale overhaul, which is being called the Vatican nun crackdown, is going after the Leadership Conference of Women Religious, the largest umbrella group for nuns in the United States. The Vatican has accused the group of taking positions that undermine the Roman Catholic Church’s stance on priesthood and homosexuality. Furthermore, “radical feminist themes” are responsible for the Vatican nun crackdown.

Yes, radical feminism has taken over the nuns. Or at least, that’s what the Vatican believes. They claim the LCWR has challenged positions taken by the Bishops, “who are the Church’s authentic teachers of faith and morals.”

The Congregation for the Doctrine of Faith will oversee the process of the Vatican nun crackdown and will keep a close watch on overhauling LCWR’s governing body. The LCWR was stunned by the conclusions the Vatican came to during their assessment, stating, “The leadership of LCWR has the custom of meeting annually with the staff of CDF in Rome and the conference follows canonically-approved statutes.”

The Vatican’s investigation noted that, “some commentaries on ‘patriarchy’ distort the way in which Jesus has structured sacramental life in the church,” and that the group has been, “silent on the right to life from conception to natural death, a question that is part of the lively public debate about abortion and euthanasia in the United States.”