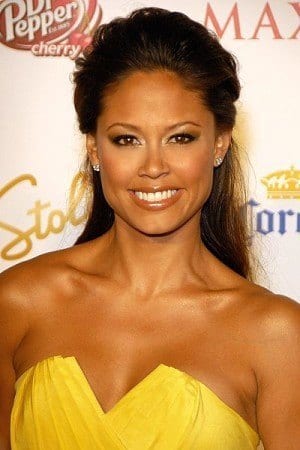 Impatient to meet their new baby boy, a photo of Vanessa Minnillo and husband Nick Lachey showing off her bare pregnant belly has been released.

Lachey, 38, has said that he just wants to see the human inside his wife, whom he has felt kicks from and seen in the ultrasounds for months now.

The former 98 Degrees band member announced the news of Vanessa Minnillo’s pregnancy on Live! With Kelly to host Kelly Ripa.

The baby is due soon. Lachey publicly announced the due date, which is Sept. 6th. And Reality TV Magazine wrote of its belief that Vanessa Minnillo is ready to pop the baby boy out.

Lachey said, “We’re just excited to move onto the next phase and meet this little guy,” adding “You see him in sonograms and you feel him move — you just want to meet him!”

Lachey and Vanessa Minnillo are currently preparing for the birth of their first child and Lachey said the pregnancy has been a smooth one.

Vanessa Minnillo has always been too excited to hold in the pregnancy news, and in March tweeted “#ToBeClear @NickSLachey & I are praying for a healthy baby First & Foremost! I just always envisioned a boy 1st to take care of his siblings.”

Vanessa Minnillo rose to fame as a host on MTV and co-host on ABC’s Wipeout last year.

The couple met while filming Lachey’s music video for What’s Left of Me, where Vanessa Minnillo starred as Jessica Simpson. The video was created shortly after Lachey and Simpson divorced.