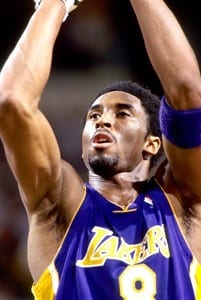 Vanessa Bryant, wife of Los Angeles Laker star Kobe Bryant, seems to be one hard lady to impress. In an upcoming issue of New York Magazine, she spoke out saying, “I certainly would not want to be married to somebody that can’t win championships.” Never mind that her LA Laker husband brings in about $27 million a year. If he’s not bringing back those rings, forget about it.

In 2003, Kobe admitted to infidelity in 2003 after facing sexual assault charges. Vanessa finally filed for divorce in December. However, the pair seems to be back on good terms. They were spotted recently at the 2012 Olympics with their two daughters, Natalia and Gianna.

The incredibly high standards Vanessa sets for her husband are seemingly impossible to reach, even for Kobe, who has won a mere five NBA championships. That means in 11 out of 16 seasons, Kobe wasn’t able to bring back a ring to show his wife. How embarrassing.

According to Vanessa, if Kobe puts in all that effort and time away from her and doesn’t come back with anything to show for it, it’s a waste of time. However, Kobe seems to have a similar mind set. When the Lakers were swept by the Dallas Mavericks in the 2011 Western Conference Finals, Kobe referred to the season as a “wasted year” of his life. Now we know where Vanessa gets the idea.

There hasn’t been many championships won by just a single player, but let’s hope for the sake of Vanessa and Kobe’s future relationship plans that this is in the cards.