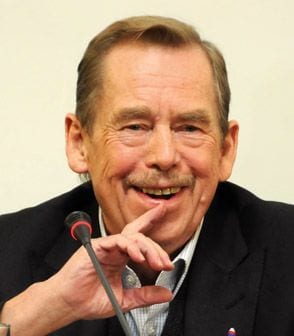 Vaclav Havel has died at the age of 75, MSNBC reports.

Havel is being remembered in the Czech Republic today as citizens place notes of condolence at the revolution monument in downtown Prague. One note read, “Mr. President, thank you for democracy.”

“Truth and love must prevail over lies and hatred” was Havel’s revolutionary motto.

Read more about the life and legacy of Vaclav Havel here.