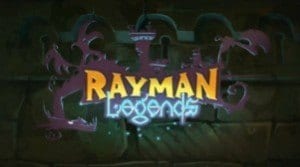 Undoubtedly you’ve seen some information about Rayman Legends over these last couple of weeks. Available on September 3rd, many reviews have already hit and, like those, I could tell you about the spectacular platforming available in the game. Or, if I wanted to appeal to the art-community, I could explain how the blend of colors makes every hue radiant and even the dull, earthy tones seem to pop in during every level. Perhaps I should mention the brilliant use of audio, an implement that comes and goes at just the right moments, allowing for an ebb and flow that affects players and infiltrates levels to create tension or force a smile precisely when it’s needed. I could talk about all of that, and typically I would, but Rayman Legends’ most surprising aspect is perhaps the most valuable: the content.

When it comes to platformers, typically you’re served a dish full of decent gameplay, a side order of interesting story, and interesting level design is the dessert — sometimes you get it, sometimes you don’t, and the unfortunate reality is, sometimes it’s not a flavor you enjoy. Rayman Legends goes beyond that, delivering a buffet of content that is seasoned to perfection, appealing to players who have varying motives for playing.

If you’re a completionist, gobbling up every last collectible and unlocking every character, you’ll find hours of enjoyment within Rayman Legends. All of Rayman’s little buddies return and most have to be saved by completing a level or unlocked by acquiring a certain number of “teensies,” obtained through playing the levels to 100% completion. Further, there are collectible creatures and paintings, which you get semi-randomly by scratching the lottery tickets you acquire throughout the game … seriously.

“But, I’m more interested in humor and story,” you say. The game is packed full of that, too. Ubisoft has taken great efforts to ensure the humor and satire bred into the series seeps out during their most recent release. While dialogue has never been part of the series, a story still exists and is pantomimed so that players will know precisely what’s happening.

Moreover, if you’re not concerned with completing the game to 100%, you’re not interested in the story, but you’d prefer something to entertain you that doesn’t fall off quickly, Rayman Legends is it. Dozens of levels, including throwbacks to Rayman Origins, are available for your platforming pleasure. Further, the level design is masterfully done so that each level isn’t the same run, jump, attack sequence. Variations exist, from levels set to music to levels where you may never even touch the ground, that will project a feeling that your progression truly feels like you’re unlocking something new and exciting.

Multiplayer might be more up your alley and, surprise surprise, it’s covered that as well. Cooperative play is established with a simple drop-in, drop-out system for those who need a little help completing the difficult levels. Asymmetric multiplayer is available in the form of daily and weekly challenges, pitting players versus their friends and, eventually, versus the entire Rayman community. The final multiplayer option is a competitive minigame called Kungfoot, a variant of one-on-one soccer that can provide hours of fun and may or may not be converted into a drinking game. If you’re over the age of 21, of course.

With layer upon layer of content piled into Rayman Legends, it’s easy to see why the franchise has been so popular. The game appeals to an array of players, each of them enjoying their time with it for different reasons. The art style, a beautiful blend of cartoony characters and detailed backgrounds, exudes an aura of silliness, while the gameplay and narrative, if you could call it that, exists only to reinforce that feeling. If you’re looking to step away from the typical violent shooter or enjoy a game that can be as deep or as superficial as you want it to be, Rayman Legends is a must buy.