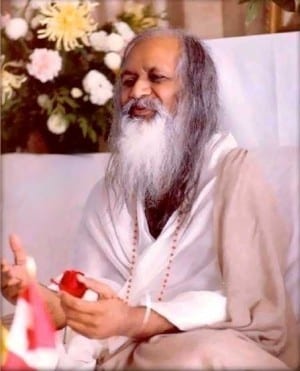 Director David Lynch speaks about the benefits of transcendental meditation

Transcendental Meditation, also known as TM, has only been around since the 1950s when it was introduced in India by Maharishi Mehesh Yogi, and it seems the transcendental meditation technique has been gaining popularity as decades go by. It is widely practiced, and many celebrities have endorsed the technique as a way to reduce stress and improve overall happiness.

Transcendental meditation inspired him to launch the David Lynch Foundation for Consciousness-Based Education and World Peace. The foundation has been implemented into schools and prisons and has introduced veterans suffering from PTSD to the technique. Lynch believes the practice of transcendental meditation can help anyone at any stage in life.When asked what changes he saw in children who had been in the program, he commented on the way stress can affect a childs ability to learn, “With TM, they get more intelligence, they have more creativity, more energy, more happiness, and then when the teacher says something, understanding it growing … Kids start finding what they really love and finding a way to do it.” Lynch also spoke about the improvement that transcendental meditation made in prisoners’ lives, “Prisoners get this technique, and they get super, super happy. And they get this ability to pause before they do something.”

Lynch’s belief in the powers of the mantra-based technique is not unfounded. Many smaller studies have concluded that transcendental meditation has several health benefits including “anxiety reduction, alleviation of symptoms from PTSD and improved school performance,” reported the Huffington Post. A study at Cedars-Sinai Medical center in LA found the practice can reduce blood pressure, diabetes and even obesity.

If you would like to learn the yield the powers of transcendental meditation, it does comes at a hefty price; about $1500 to learn from a certified teacher. However, Lynch told Tonic that even though the cost is set, “if it’s a hardship, because now we have the financial downturn, you can get it for $750. If you write to the Foundation, chances are you can get if for $350.”