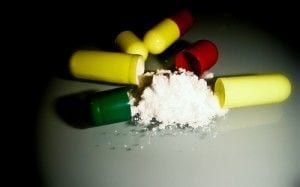 Painkiller Addiction increases across the country

Painkiller addiction is a rising problem nationwide, according to a recent Associated Press analysis that saw overdoses as a result of prescription painkillers skyrocket in some states, as much as sixteenfold, in the period between 2000 and 2010.

Painkiller addiction and its surge can be attributed to a variety of reasons, for instance, the growing number of senior citizens in this country. That is certainly not the only reason sales of the two most common prescription painkillers have skyrocketed in recent years.

According to the Drug Enforcement Agency, in 2010 pharmacies distributed the equivalent of 69 tons of pure oxycodone and 42 tons of pure hydrocodone, the two main ingredients in the nation’s most popular prescription painkillers; OxyContin, Percocet, Percodan, Vicodin, Norco, and Lortab. That amount is enough for every U.S. citizen to receive 40 5-mg Percocets and 24 5-mg Vicodins.

The AP analysis collected the drug data quarterly based on the DEA’s Automation of Reports and Consolidated Orders System that tracks shipments from distributors to pharmacies, medical practitioners and teaching institutions. These figures were combined with census data to figure the approximate per capita sales.

Some states saw a drastic increase in painkiller addiction and distribution for a variety of reasons, either they have a shipping center for mail-order pharmacies or a military base or hospital treating injured soldiers returning from overseas, according to the National Association of Boards of Pharmacies executive director, Carmen Catizone.

The rise in distribution of prescription painkillers coincides with increasing overdose deaths in numerous states across the nation, including; Florida, Nevada, Utah and New Mexico, among others. The nation has also seen a rise in pharmacies becoming the target of robberies as painkiller addicts target them for their lack of security and vast supplies of the drugs. It is believed that many states, such as Florida, have problems with doctors that give out painkiller prescriptions “no questions asked.”

Painkiller addiction is as dangerous to someone’s health as addiction to any other illegal substance and the abuse of painkillers without a prescription is considered illegal as well.

In 2009, there were reported 39,147 overdose deaths related to drug-use; more than the 36,216 traffic fatalities and 31,347 gun-related deaths, according to the Centers for Disease Prevention and National Center for Health Statistics.

Painkiller addiction is reportedly responsible for 15,500 deaths in this country annually. That is more than the rates of overdose death among heroin and cocaine users combined, according to the Office of National Drug Control Policy.

According to the ONDCP, about two-thirds of prescription pain pill abusers obtain them from a friend or relative.

With the rise in the number of prescription painkillers in the U.S. and subsequently the increase in painkiller addiction, the Federal government and other organizations caution about disposal of unused pills. Flushing the pills down the toilet, as many do, can contaminate local water supplies and is strongly advised against.

Another negative aspect of painkiller addiction is that many young users do not see the harm in abusing the drugs recreationally. Many do not realize that painkiller addiction can inevitably lead to heroin or other opiate addictions; as such drugs are typically cheaper than prescription pills and just as dangerous.

Nursing mothers are particularly advised against abusing prescription painkillers as babies born to mothers using such drugs can develop what is known as neonatal abstinence syndrome (NAS). Symptoms of NAS in newborns can include trouble breathing, tremors and seizures, difficulty feeding and low birth weight, according to the American Medical Association, which also showed an increase in painkiller use among nursing mothers from 2000 to 2009. The study found an increase of fivefold, from 1.19 cases per 1,000 births to 5.63 per 1,000 births annually.

Doctors at the University of Maine, Marie Hayes and Mark Brown, stated: “These medications provide superior pain control for cancer and chronic pain, but have been over prescribed, diverted and sold illegally, creating a new opiate addiction pathway and a public health burden for maternal and child health.”