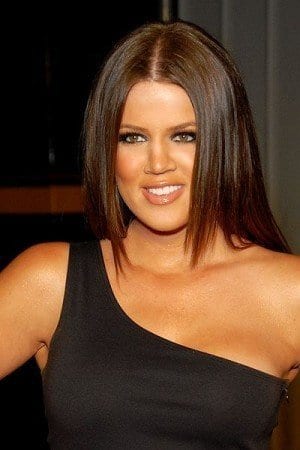 Khloe Kardashian and family are shutting down rumors that O.J. Simpson is indeed Khloe’s biological father. Comparisons are being made to the E! reality television star and Simpson’s daughter because of their similar build. People suspect that because Khloe doesn’t share the same physical attributes as her two sisters, she may have a different biological father.

The National Enquirer claims that Kris had an affair with O.J. in 1983, causing Kris to become pregnant with Khloe. Khloe’s father, Robert Kardashian, was said to be best buds with the former football star while Kris Kardashian was close to O.J.’s wife, Nicole. Robert has also famously been known for defending O.J. during the murder trial, in which he was accused of killing ex-wife, Nicole Brown Simpson and her friend Ronald Goldman.

Mother of Khloe, Kris Jenner, took to Twitter saying, “Thanks for all your love and support today dolls! Wow some of the stories out there today are either fabricated, or SO 24 years ago!! LOVE U.”

However, Robert’s ex-wives beg to differ. Jan Ashley said that he hid the fact that Khloe wasn’t his in divorce documents filed when he caught her mother, Kris Jenner, cheating on him.

Khloe Kardashian expressed her anger towards Robert’s ex-wives on Twitter saying, “This one is really low…YOU ARE DISGUSTING! (yes you know who YOU are).”

This is not the first time the star has been questioned regarding her real father. On one episode of Keeping up with the Kardashians, the 27-year-old faced allegations that she was adopted. She was urged to take a DNA test, but Khloe refused.