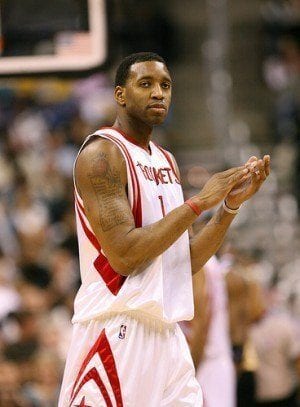 Tracy McGrady is joining the San Antonio Spurs. The information was confirmed Tuesday.

McGrady last played in the NBA during the 2011-12 season for Atlanta, according to ESPN. He averaged 5.3 points and 16.1 minutes per game.

Since then, he played for the Chinese Basketball Association, averaging 25 points.

McGrady is eligible to play during the playoffs because he was not on an NBA roster since March 1. He will not play in the Spurs’ regular-season finale tonight against Minnesota.

The Spurs recently released Stephen Jackson, and McGrady told ESPN what he can contribute to the team is unknown.

McGrady has never won an NBA playoff series, but ESPN speculates that this might be the best opportunity for him to do so. The Spurs are set to face off against the Houston Rockets or the Los Angeles Lakers in the first round.

McGrady is a seven-time All-Star and a two-time scoring champion. He has a 15-year career and is now 33 years old. However, a series of knee injuries left him without a place in the NBA last year.

San Antonio’s current high-caliber players are nursing injuries, so McGrady could be the support the team needs.