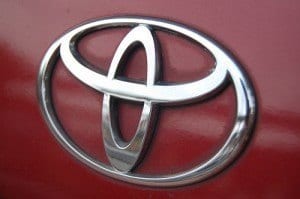 The U.S. Department of Justice announced a deferred prosecution agreement that instructs Toyota to pay $1.2 billion, making it the largest financial penalty to ever be required of an automotive company. The settlement also involves an independent monitor to review and evaluate company policies and practices regarding safety-related public statements and reporting responsibilities.

For the agreement to take effect, Toyota Motor Corporation must admit that it issued misleading statements to customers regarding problems with unintended acceleration.

In 2009, a family of four in a Lexus ES350 was killed in a widely-publicized San Diego accident reportedly due to floor mat entrapment, a condition where an improperly secured or incompatible floor mat catches a depressed gas pedal and leads to acceleration at high speeds.

Based on documents filed at the Manhattan federal court, Toyota “addressed” the “root cause” of the problem by recalling eight vehicle models. However, the company apparently knew that it did not recall other models with similar features that could also lead to the same issue.

At the same time, Toyota was also reportedly hiding a problem with “sticky pedals” from the National Highway Traffic Safety Administration (NHTSA). In such a situation, the gas pedal could become immovable when partially depressed due to a plastic material used in the pedal’s construction.

“Rather than promptly disclosing and correcting safety issues about which they were aware, Toyota made misleading public statements to consumers and gave inaccurate facts to members of Congress,” said U.S. Attorney General Eric Holder.

“When car owners get behind the wheel, they have a right to expect that their vehicle is safe. If any part of the automobile turns out to have safety issues, the car company has a duty to be upfront about them, to fix them quickly, and to immediately tell the truth about the problem and its scope. Toyota violated that basic compact.”

To further explain why Toyota is faced with something as severe as a criminal offense, Manhattan U.S. Attorney Preet Bharara said it is “because it [Toyota] cared more about savings than safety and more about its own brand and bottom line than the truth.”

The settlement comes at the end of a four-year investigation, throughout which Toyota Motor Corporation has paid millions of dollars in lawsuits, reporting delays, fines to the NHTSA, among others.

If the company complies with all listings in agreement, the government will postpone its prosecution on the information for three years and later pursue dismissal of the charge.

Although Toyota has turned over a decent amount of its earnings, the automaker raked in $5.2 billion solely in the previous fiscal quarter and still maintains strong global sales. Considering that, the settlement may only put a mere dent in its financial standings.