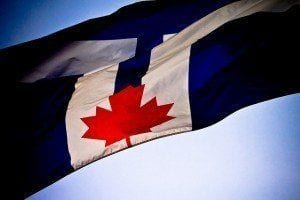 Toronto shooting leaves two dead and 19 injured in what is being called an “unprecedented” incident and “the most serious crime of its kind” within the city of Toronto.

The Toronto shooting took place around 10:40 p.m. on Monday in the eastern district of Scarborough, approximately 15 miles from downtown Toronto.

An eyewitness to the shooting told CityNews TV that the shooting happened during an annual barbecue block party that was originally scheduled for Sunday but was moved to Monday after heavy weekend rainstorms.

According to police, as many as 200 people may have been at the party when the shooting occurred.

The two killed in the Toronto shooting include a young man in his 20s and a teenage woman, according to Toronto police Chief Bill Blair.

According to Toronto authorities, many of the injuries were the result of the commotion that followed the shooting as people tried to flee the scene. Authorities acknowledge that the number of casualties is preliminary and may go up.

Police Chief Blair acknowledged that an infant under the age of three was injured in the incident but that the infant’s injuries “are not life-threatening and the child will be fine.”

Police have also said that one of the injured has been taken into custody as “a person of interest.”

Blair has said that it is too early to determine the cause for the Toronto shooting and that it is unclear how many people fired shots, but there was more than one person responsible for the gunfire.

“The only information I have is that it was handguns involved in this. We don’t have information at this point in time about the weapons that were used, although one weapon has been recovered at the scene,” Blair said in a pre-dawn press conference Tuesday.

“This is the most serious crime of its kind to ever take place in the city of Toronto,” Blair told reporters, adding, “It’s difficult to describe. It’s very shocking. A lot of innocent people were injured tonight.”

“The level of violence is something that we have never experienced and right now we’re working very hard to ensure that we provide all the assistance that we can to the people who have been injured,” Blair continued. “We’re working fully to identify the people responsible to get them off the street, to get their guns off the streets and bring them before the courts.”

The Toronto shooting comes six weeks after Toronto Mayor Rob Ford called the city “the safest city in the world” following a shooting at a downtown shopping mall, which described as an isolated incident, that resulted in two deaths.

“I am shocked and disgusted by this senseless act of violence,” Toronto Mayor Rob Ford said in a statement.