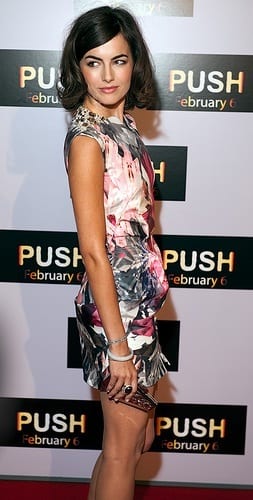 Tim Tebow and Camilla Belle were spotted together in Jacksonville, FL

Tim Tebow and actress, Camilla Belle, are supposedly an item. The pair were spotted bowling and partying together in Tebow’s hometown, Jacksonville, FL at Latitude 30—an arcade/entertainment center. Camilla Belle is best known for her roles in The Ballad of Jack and Rose, When a Stranger Calls, The Quiet, Jurassic Park and Push.

As far as her dating life goes, she is known for dating another famous virgin, Joe Jonas, stealing him from his previous girlfriend, Taylor Swift.

While reps of both Tebow and Belle have not yet confirmed anything, sources close to the pair say the two are an item. One source reported, “People who were at Latitude 30 last night tell us…Tim and Camilla were overly affectionate throughout the evening, holding hands and touching.”

Looks like Tebow is keeping busy during The Jet’s bye week.

Whether Camilla Belle holds the same values and beliefs as the New York Jets quarterback remains to be seen. The couple was said to have met at the Met Ball in May and have reportedly been seeing each other ever since.